'I’m looking over my shoulder a little bit today': Windsor woman speaks out against online harassment

WINDSOR, ONT. -- A Windsor woman is speaking out after being the target of indecent exposure on a social media platform.

On Wednesday morning, Therese Hounsell says she was enjoying breakfast and a spirited debate in the comments section of a story posted on Facebook that evolved into a pro-choice versus pro-life discussion – when she saw the red notification dot pop up on her page.

She says she never expected a click would lead her to be subjected to a message cussing at her and an image of a man exposing himself.

“I was pretty shocked. I felt a little anxious. It was very disconcerting. I had this weird feeling in my body where I started shaking a little bit,” said Hounsell in an interview with CTV News.

The incident left the Windsor mother uneasy as she went about everyday activities like a trip to the grocery store or a spot of shopping.

“I’m looking over my shoulder a little bit today, wondering if he’s local, wondering if he can find me other ways,” said Hounsell. “It’s just a very odd, uncomfortable feeling.” 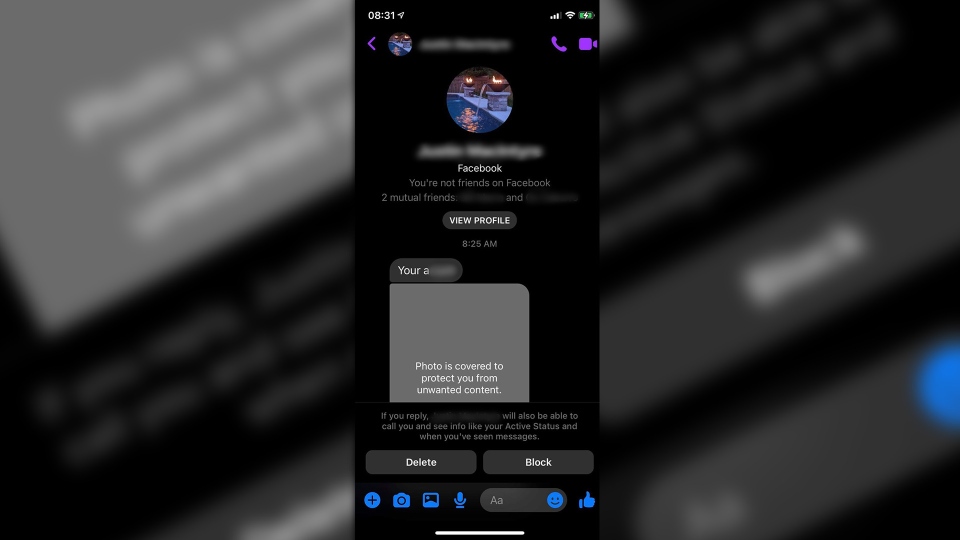 Being a woman online

According to a University of Waterloo professor, indecent exposure is just one of the injustices of being a woman on the internet.

Aimee Morrison studies social media interactions and says women and other groups that do not fit a white-straight-male-able-bodied norm are repeated targets of online harassment.

“Somebody the other day was mad about something I had posted online and tracked down my daughter’s Instagram account and started sending her messages, which was a way of intimidating me,” said Morrison. “It was terrifying but, was there a law broken? Perhaps not.”

Morrison says the online disinhibition effect helps explain some of the abhorrent behaviour on social media platforms. Morrison explains the effect sees degrees of separation created through technology, such as a phone, email or a social media platform, allow people to feel comfortable behaving in ways they typically wouldn’t in-person.

“If you and I met in a coffee shop and we were having a political disagreement, you wouldn’t stand up, shout an obscenity at me and drop your pants, right? That’s not an acceptable way to interact with people,” said Morrison.

As Morrison sees it, policing has not kept up with the online reality that many people face.

“The degree of internet literacy and the capacity to act in relation to online misbehaviours, criminal or otherwise, is quite limited,” said Morrison. “We haven’t really spent the time in policing to figure out how that would work.”

The Windsor Police Service (WPS) is aware of the incident involving Hounsell and has begun an investigation.

Sgt. Steve Betteridge says the WPS has laid charges for similar incidents in the past and contends the service is ready and capable to investigate when victims come forward.

“We are able to get the information how someone has left a digital fingerprint and we will investigate that case and if a crime has occurred and it’s the best thing to do to lay a charge, then we will do that,” said Betteridge.

“Our investigators are quite up to date on the latest techniques and the latest laws,” said Betteridge. “The laws are always changing to adapt as technology changes.”

In an email to CTV News, a company spokesperson for Facebook noted action has been taken following the incident.

The user that sent the derogatory message and unwanted nudity has been removed from the platform for violating its Community Standards on bullying and harassment.

“We don’t allow harassment on Facebook, so we’ve disabled the harasser’s account,” read the statement from the company.

The social media giant highlighted a number of policies it has implemented to keep its platforms safe, including a new Messenger privacy and safety hub meant to act as a resource for users to learn more about controls to keep their experience safe and enjoyable.

“We encourage people to use the reporting tools available to let us know if they experience this type of behaviour, and anyone who feels threatened should contact local law enforcement,” said a company spokesperson.

The company adds more than 35,000 people work on security and safety at Facebook.

“I think there needs to be a little more in the way of social consequence for people who behave in ways that are not socially appropriate, right? Because we don’t do that in real life because there would be consequences,” said Morrison. “People would think poorly of us.”

For Morrison, the moral of the story is simple – don’t harass people online.

“Don’t send pictures of your junk to people that don’t ask for it,” said Morrison.

Hounsell hopes in sharing her story, she will help others targeted with unsolicited messages or pictures to feel comfortable in pushing back.

“The chilling effect that comes with it, I’m going to push back against that,” said Hounsell. “He’s not in the right to do this to me and it’s not going to stop me from being who I am.”