New numbers from Statistics Canada point to a skyrocketing cost of living that is becoming more unbearable for Canadians, with inflation rising to 7.7 per cent.

Among the factors behind the rate — not seen since January 1983 — include gas prices jumping 48 per cent compared to a year ago, energy costs rising 34.8 per cent, food up 9.7 per cent and shelter costs climbing 7.4 per cent.

When Namaste Indian Supermarket opened about a year ago, owner Parimal Parikh said he used to sell mangoes imported from India at about $28 a case.

But that same case currently sells in his store for $42.

"I used to sell some of the stuff for under 10 bucks,” Parikh said. “Right now, if you see all the flour and everything, it's going about 15 to 16 bucks right now."

One major hurdle Parikh faces as a supermarket owner, he said, is competing with more widely-known chains like FreshCo or Real Canadian Superstore which purchase items in bulk.

Buying in bulk is something Parikh has had to do more often as inflation pushes prices higher.

"Besides this supermarket, I bought another place where I started stocking up more and more stuff there,” he said. “So if the prices go up in the next two months, I won't get affected by it."

But that strategy comes with another obstacle. 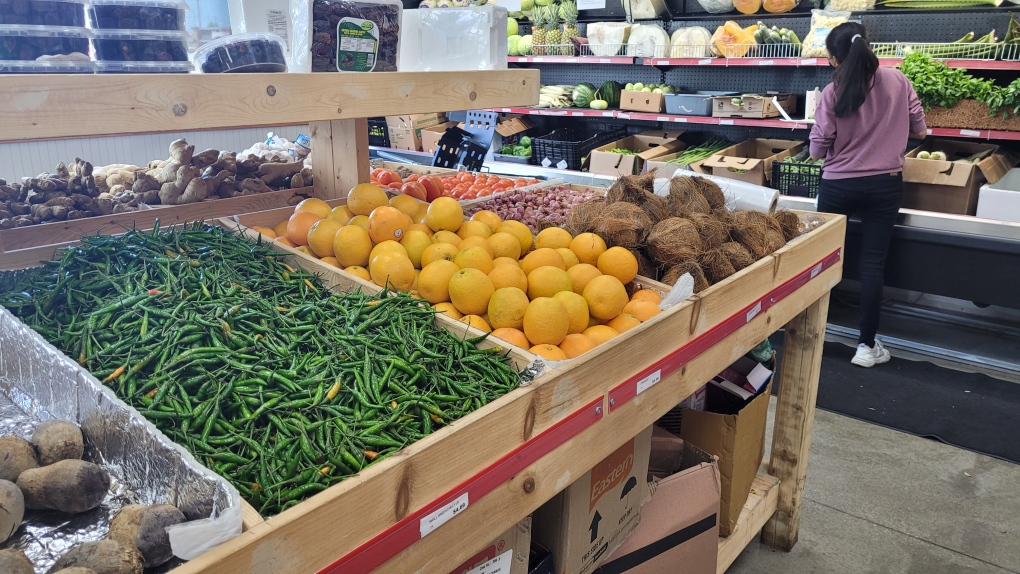 To tackle rising inflation, Parikh says he's purchased a facility — separate from the supermarket — where he can store products longer and avoid price fluctuations. (Sanjay Maru/CTV News Windsor)"That is also not easy right now considering the gas prices are also going high," Parikh said. "So transportation from Toronto or any kind of a port is too much right now."

To adapt to suppliers charging higher prices, Parikh said it's all about "knowing your customer's needs."

"Whatever the fast-selling items are, I stock it up in good amount to try to give my customer a better price," he said.

According to Royal Bank assistant chief economist Nathan Janzen, there are a number of supply chain issues happening that central banks cannot control.

Among them is the ongoing microchip shortage which has driven auto prices up.

But the biggest factor behind this spike is "strong consumer demand globally."

"That is really something that's fueling these inflation pressures — and a lot of that is spilling over to Canada," said Janzen.

"The Bank of Canada is also not the only central bank in this fight. Other central banks globally are also hiking rates. So we need consumer demand to soften to a more sustainable level, both at home and abroad."

As for Namaste Indian Supermarket, which is nearing one year since opening its Windsor location, Parikh said he's been approaching restaurants and convenience stores to try and boost revenue.

"I've started supplying not just the walk-in customer [in my supermarket],” he said.

But while inflation has been affecting his bottom line "really bad," he's remaining optimistic.

"Hopefully the prices will go down, the inflation will go down and we'll be able to offer a better price to our customers."