House of Sophrosyne getting $1M from Windsor philanthropist 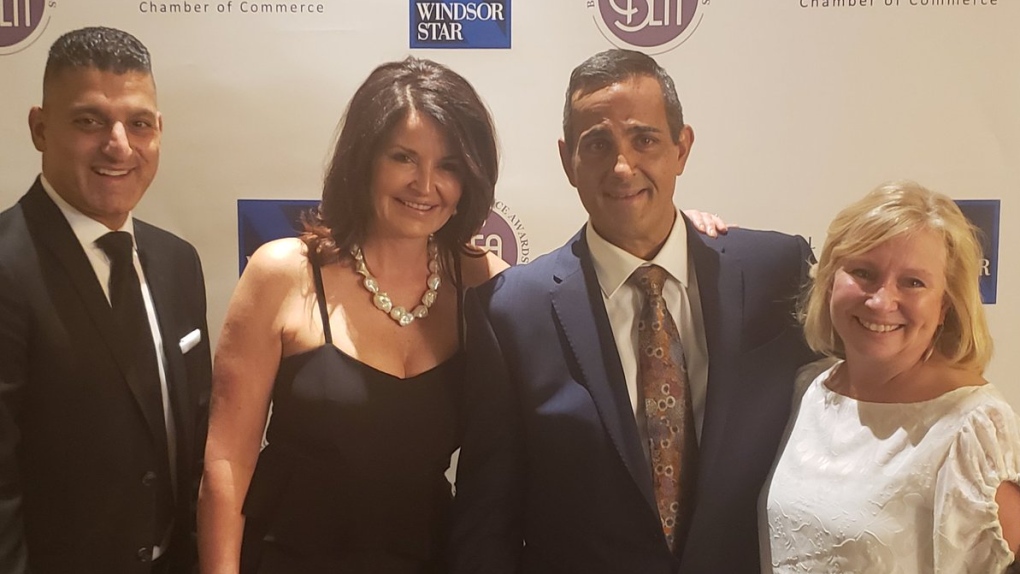 Al Quesnel accepts the Believe Windsor-Essex honour from Eddie Francis at the BEA19 awards and annouces a $1-million donation to the House of Sophrosyne in Windsor, Ont., on Wednesday, April 25, 2019. (CTV Windsor)

A celebration of business in Windsor-Essex turned into a big night for the House of Sophrosyne.

The Regional Chamber of Commerce hosted its annual Business Excellence Awards on Wednesday night where Al Quesnel was honoured for his philanthropy, and he also announced a $1 million donation to the House of Sophrosyne.

"I won the award and I thought it would be nice to make another announcement,” said Quesnel.

Quesnel accepted the Believe Windsor-Essex award, one of several awards presented by the Chamber to business people at the Augustus ballroom at Caesars Windsor.

Quesnel, a millionaire businessman who set up a charitable foundation following the sale of the athletic club fitness chain he co-founded, decided it was the perfect night to announce his latest donation.

Quesnel had earlier pledged to provide a million dollars to the House of Sophrosyne if the community matched it, but decided to make the donation regardless.

"Words can't describe right now now how I'm feeling, I'm just overwhelmed by the generosity,” said Waddell. “It will bring us very close to our goal with the money we are anticipating receiving from the government. We will have probably close to our goal of the four million dollars."

The House of Sophrosyne has outgrown its current home on Chappell Ave. in west Windsor and is trying to raise $3.5-million to renovate a building on Adstoll Ave.

There are 15 residential beds at the current site, and that number would double at the new location.

Other award winners on Wednesday were Sherrilynn Colley-Vegh of Leadership Windsor-Essex and the United Way, who won the Athena leadership award.

Entrepreneur of the Year Award – Sponsored by Grant Thornton LLP

Professional of the Year Award – Sponsored by TD Commercial Banking

Small Company of the Year Award – Sponsored by Families First

Head of the Class