Heavy rainfall in Windsor-Essex leads to flooded basements and streets

WINDSOR, ONT. -- Some Windsor-Essex streets and basements have flooded after heavy rainfall hit the region.

As of 6 a.m. Windsor airport has already seen nearly 50 mm of rain and more is on the way, according to Environment Canada.

A Rainfall Warning issued for Windsor-Essex and Chatham-Kent says storms Friday could produce as much as 75 mm of rain before it’s over.

ERCA has also issued a flood warning for the region.

Windsor had received close to 160 calls about flooding by mid-afternoon on Friday.

Residents in the 3900 block of Longfellow are devastated. Several of them spent the day assessing the damage after their basements flooded. 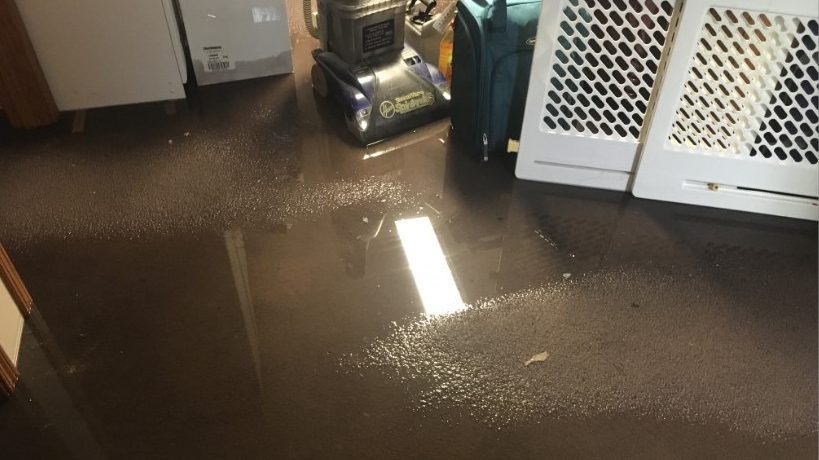 “We've had heavier rainfalls than this and then all of a sudden we wake up and I go downstairs and eight inches of water in the basement. Everything was floating. It's very heartbreaking,” says Maeghan Lugosi.

Resident Mike Rice says flooding like this has ever happened to him.

“I know it rained a lot, hard, fast and things got backed up, but being here 25 years this is a surprise. Very surprised,” says Rice.

Town of LaSalle officials say certain streets and properties are flooding due to the heavy rain.

Front Road between Laurier Drive and International Avenue is closed.

Motorists are being asked to slow down if they see water over the road or turn around and avoid the area.

Some streets/properties in #LaSalle are flooding due to heavy rain this morning. Front Rd. between Laurier Dr. & International Ave. is closed. Use an alternate route. If you see water over the road, slow down, turn around & avoid the area. Wake from vehicles causes damage. 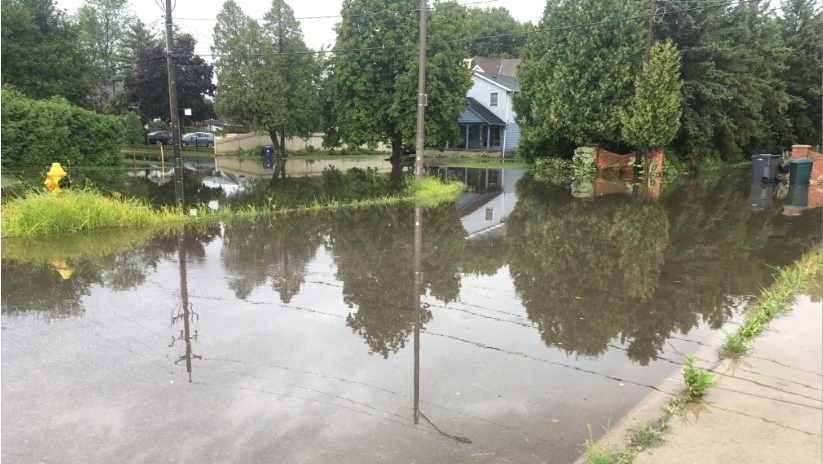 LaSalle officials also say all trails located near Turkey Creek are closed and the bridge over Turkey Creek in Vince Marcotte Park is closed. The town warns the water in Turkey Creek is very fast moving and dangerous. If there is standing water on any portion of trail, residents are being advised to not proceed through.

Breaks in the storms occured in the middle of the day, but more storms could develop in the evening.

Due to the nature of the storms it is difficult to predict exactly which areas will see the most rain.