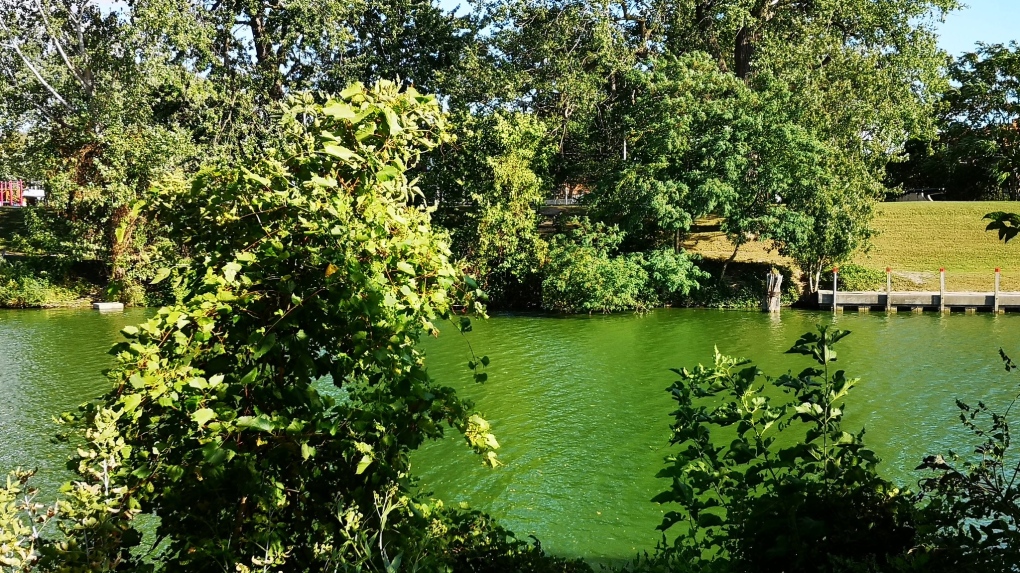 The green-coloured water seen earlier this week in the Thames River in Chatham has been confirmed as an algae bloom, but it wasn’t toxic.

The Lower Thames Valley Conservation Authority says the bloom was confirmed through lab tests from water samples taken from the river on Monday.

Researchers from the University of Windsor and the Ministry of Environment, Conservation and Parks conducted the testing.

Jason Wintermute, the LTVCA manager of watershed and information services, says algae has the potential to produce toxins, but this example wasn’t as intense as it has been in the past.

Since Chatham residents do not get their drinking water from the river, there was no threat.

The algae blooms are composed of microscopic organisms such as plants and bacteria.

The last time officials found algae blooms in the Thames River were in 2017.