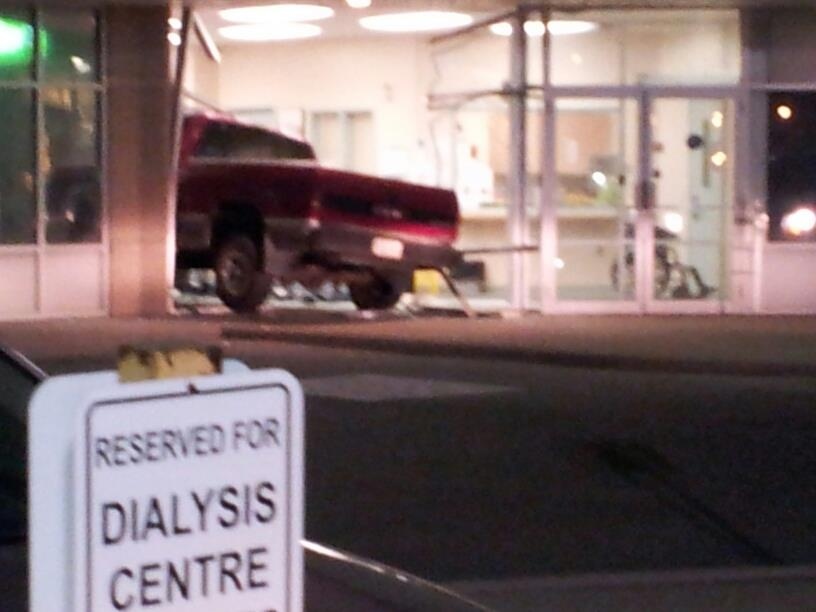 Windsor police say a 70-year-old man who had nearly two times the legal limit of alcohol in his system crashed his truck into a grocery store and satellite kidney dialysis unit.

It happened around 9 p.m. on Thursday at 300 Tecumseh Road East. Police say the man was going to that location after being called to pick up some of his grandchildren.

Police say the pickup truck reversed out of the Fresh Co. and was driving around the parking lot and struck the dialysis unit.

Officers say the 1991 Red GMC Sierra pickup truck was found embedded in the waiting area of the clinic and the driver was still behind the wheel.

The driver was not hurt and nobody was injured in either building.

He was arrested for impaired operation of a motor vehicle and brought to police headquarters for a breathalyzer test. Police say the test results showed the he had nearly two times

the legal limit of alcohol in his system.

He will be facing charges of impaired operation of a motor vehicle and exceeding the breathalyzer.