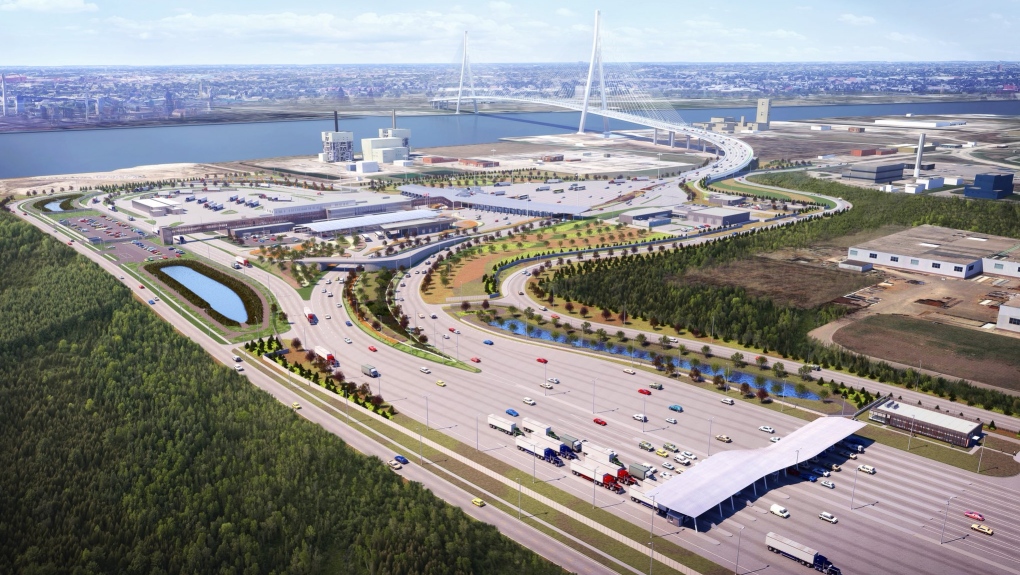 The Windsor-Detroit Bridge Authority now has a clearer picture of just how many people it will take to build the new multi-billion-dollar Gord Howe International Bridge — and it’s in the thousands.

“We’re expecting in the order of between 2,000 and 3,000 jobs throughout the construction period,” said Bryce Phillips, CEO of the Windsor-Detroit Bridge Authority.

Officials with the WDBA are promising to focus on Windsor and Detroit workers for those 2,000 to 3,000 construction jobs associated with the building of the bridge. The WDBA says it will use Canadian and American companies wherever possible as well.

The figures were released today by the WDBA board as part of the group’s annual public meeting.

The WDBA also stressed today the new bridge will be built using only North American steel.

While the board has provided an updated picture of the major project, about two dozen residents from neighbourhoods directly impacted by the bridge construction were focused on what community benefit they would see.

Heather Grondin, a spokesperson for the WDBA, says the board along with the selected consortium building the bridge —Bridging North America — have committed $20-million to a Neighbourhood Infrastructure Strategy as part of the Community Benefits Plan.

She says the strategy’s priorities will reflect the consultation the WDBA has carried out dating back to 2015.

The new bridge connecting Windsor and Detroit is expected to cost roughly $5.7-billion and be open to traffic by 2024.