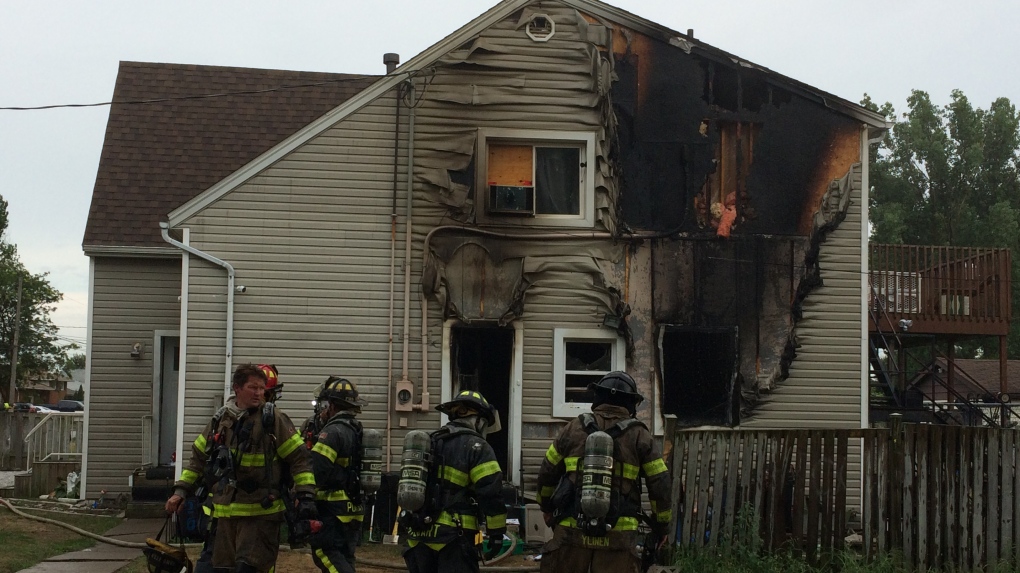 Fire crews assess the damage to a home on Arthur Road.

Damage is estimated at $100,000 and four people have been displaced following a house fire in east Windsor.

Firefighters were able to bring the blaze under control quickly but the house did sustain significant damage.

The blaze started in a first floor bedroom. Officials say the cause is undetermined and it is not suspicious.

No one was injured.