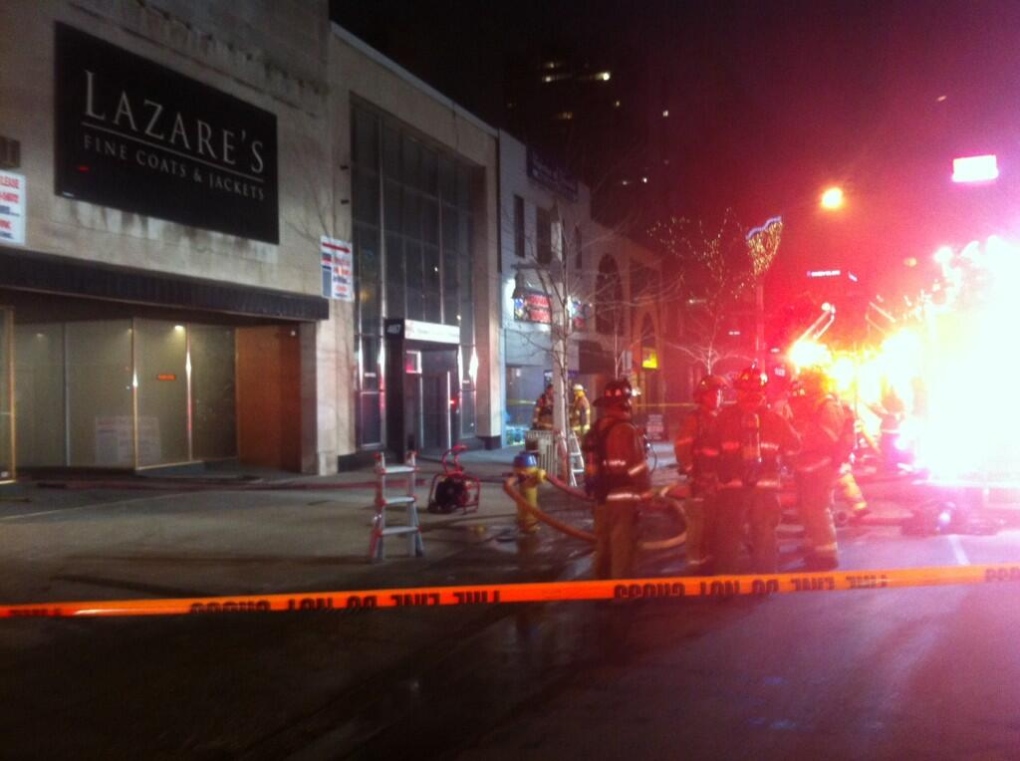 Windsor fire crews were called to a fire at 493 Ouellette Avenue in the old Lazare's Furs building late Monday.

The fire department was alerted to the fire on Monday evening by an alarm in the building.

Fire officials say crews battled a fire in the basement, and were trying to keep the fire from spreading to the first and second floors

There are reports a furnace in the currently vacant building sparked the blaze.

At least eight fire vehicles and dozens of firefighters were at the scene around 6 p.m. and the ladder on an aerial truck was also being used to check the roof of the building.

Shortly before 7 p.m. officials reported the fire was out, but smoke was still being vented from the building.

Officials say Ouellette between Wyandotte and Park Streets is expected to be closed for several hours.