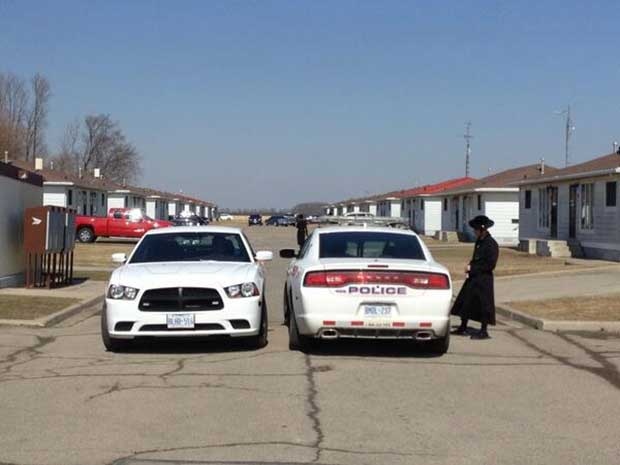 According to immigration lawyer Guidy Mamman, most of the sect’s members have now left Chatham.

"There are half a dozen families here in Canada who are on temporary status. The CAS is seeking a supervision order of presumably an indefinite nature. We don't know for how long, so we have an immediate conflict."

Mamann says either the Children's Aid Society has to overturn their orders or Canadian immigration officials and the Canada Border Services Agency have to give the parents more time to stay in the country.

If neither can happen, the Lev Tahor families will be unfairly forced to leave without their children, something he says they will never do.

About six Lev Tahor families were in court in Chatham regarding their CAS cases on Thursday, but their matters were only spoken to and new dates assigned for the fall.

And at the group's cluster of homes on the north end of Chatham -- CTV News could count no more than 30 Lev Tahor members remaining.

Mamann says his clients would have prefered to stay in Chatham, but people shouldn't be surprised that it is no longer an option for the sect.

"If CAS wants to walk in once, twice, three times, into their homes, fine, but this it was a ritual that occurred in excess of 100 times in Quebec and Ontario. A lot of the outlandish allegations have never been proven, in fact, they've been disproven.

"There are long term prospects for this group, as a group in Canada, trying to get 40-50 families to immigrate successfully...is beyond wishful thinking...I know a lot of the families have gone to Guatemala because their immigration laws are far more generous than ours."

In November, more than 200 sect members came to the area to get away from orders issued by Quebec’s child protection services – forcing 14 children into foster care.