Chatham-Kent police seize $13,700 worth of drugs during Wallaceburg search 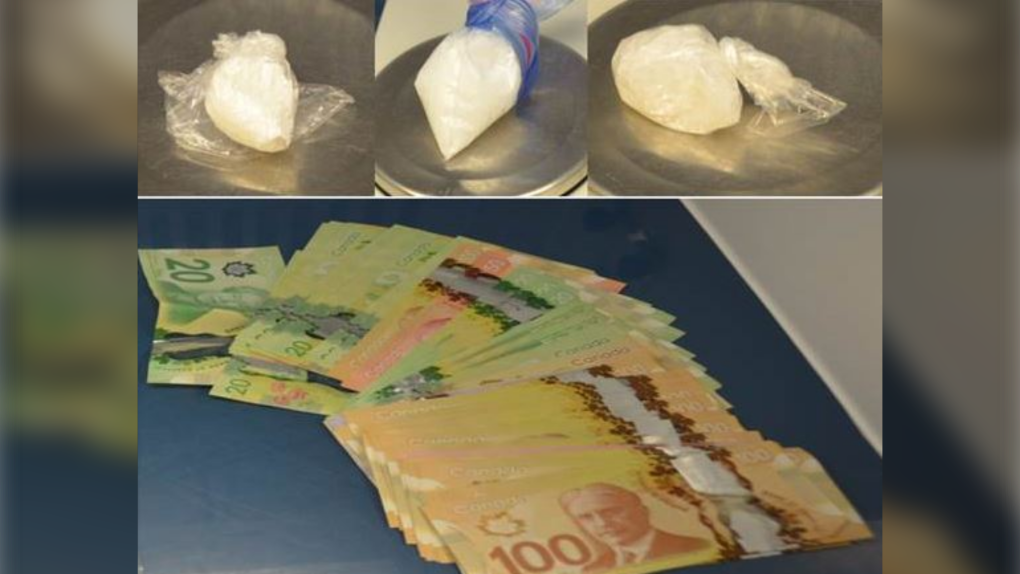 Chatham-Kent police seized $13,700 worth of suspected meth and cocaine during a drug bust in Wallaceburg.

Police seized approximately $13,700 worth of suspected cocaine and meth, digital scales, a cell phone, packaging material and a large amount of Canadian and American cash was seized.

A 44-year-old Wallaceburg man is now facing charges including two counts of possession for the purpose of trafficking.

The man was released pending a future court date.

The gang that kidnapped a group of 17 American and Canadian missionaries in Haiti has asked for US$1 million each for their release, a top Haitian official said Monday, according to the Wall Street Journal.

'We have made the impossible possible': Calgary, Edmonton celebrate mayoral firsts

Alberta's two major cities are set to make history in their mayoral races after Monday's municipal elections across the province.

A man charged with raping a woman on a commuter train just outside of Philadelphia harassed her for more than 40 minutes while multiple people held up their phones to seemingly record the assault without intervening, authorities said.

Pfizer has asked Health Canada to approve the first COVID-19 vaccine for children aged five to 11 years old. It was authorized for people at least 16 years old last December, and for kids between 12 and 15 in May.

Tk'emlúps te Secwepemc Chief Rosanne Casimir told Prime Minister Justin Trudeau that his visit to the First Nation community Monday is 'bittersweet' following his notable absence from their ceremony to recognize the first National Day for Truth and Reconciliation.

Seven-year-old boy dies after being trapped under log near Southampton, N.S.

A seven-year-old boy has died while out on a walk with his mother on a logging road in Nova Scotia's Cumberland County.

MEC is bringing back its old logo

Outdoors retailer Mountain Equipment Co. is ditching its square green logo in favour of the mountain peak design that adorned its stores for decades until 2013, part of a push to refocus on sales of outdoors activities products.

As polls in the Alberta municipal elections are set to close, voters in the province have also been given the chance to voice their opinions on federal equalization payments.

EXCLUSIVE | Germany and Denmark repatriate women and children from Syria. Will Canada follow?

An Access to Information request by CTV News shows that when Canada learned that Canadian women and children were being held in a Kurdish-run detention camp in Syria, the response was hesitant and minimal—and it appears little has changed, writes London Bureau Chief Paul Workman in an exclusive piece for CTVNews.ca.