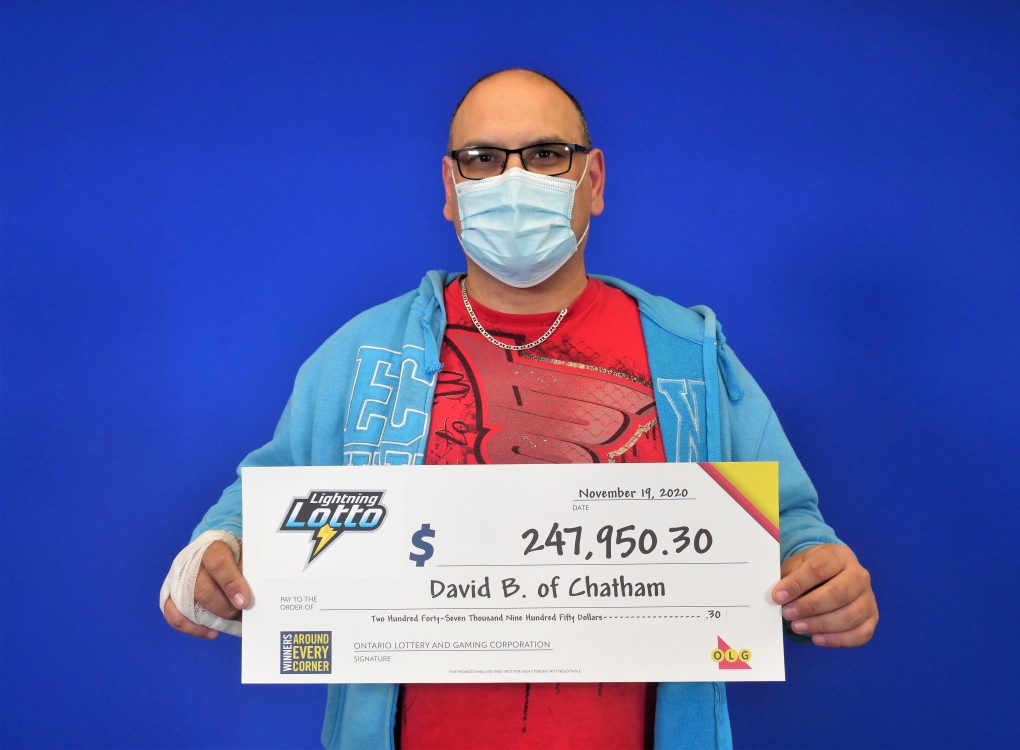 David Borges, 45, of Chatham shows off his earnings. (Courtesy OLG)

"I decided to play Lightning Lotto because it's new," said Borges, while at the OLG Prize Centre in Toronto to pick up his winnings.

The automotive industry worker told his wife about his big win right away.

"She thought I was lying," Borges said.

He added he feels relieved to have won.

"This will help pay off some bills," he said. "I am on cloud nine!"

The father of three plans to pay some bills and buy a new car with his win.

The winning ticket was purchased at C.P. Burger on Grand Avenue in Chatham.