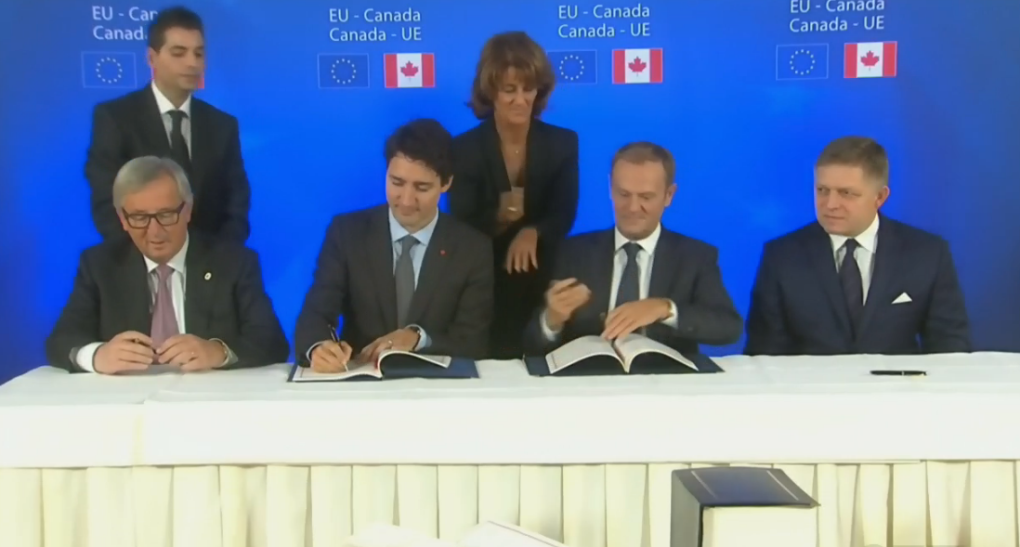 The Comprehensive Economic and Trade Agreement, known as CETA, was reached after seven years of negotiation. Trudeau had initially expected to sign the deal in Brussels days ago, but the restive Belgian region of Wallonia nearly killed the deal because of its opposition to the pact's investor-state dispute settlement mechanism.

The Prime Minister's Office says Trudeau spoke on Friday with European Council president Donald Tusk, who confirmed the texts of the deal, along with a side agreement known as the Strategic Partnership Agreement, had been approved for signature.

The deal's supporters say it will boost trade by billions through cuts in tariffs across a broad swath of sectors including agriculture, pharmaceuticals and the auto industry.

The prime minister's trip to Brussels got off to a bit of a bumpy start, with a mechanical problem forcing his flight to return to Ottawa about 30 minutes after it took off Saturday night. After more than an hour on the ground the flight left again and continued on to Belgium without further incident.