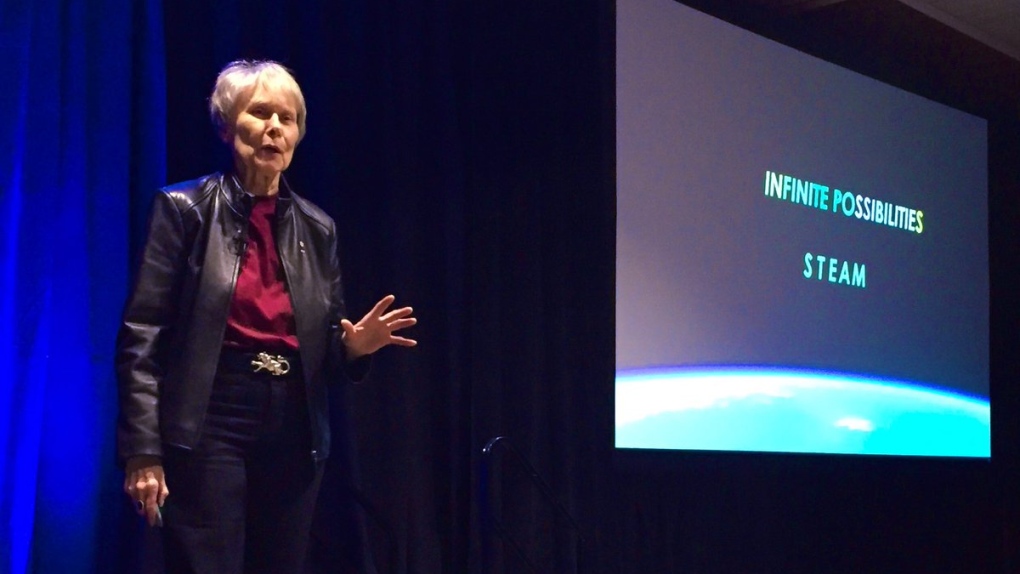 Canada's first female astronaut is encouraging students to continue to learn no matter what age.

Roberta Bondar was the featured lecturer at the University of Windsor's science society speaker series on Thursday.

Bondar shared stories of her childhood and how her parents encouraged her to learn.

“I learned about scientific experiments about grade 6, and then my parents were very much into the outdoors so we went tenting,” remembered Bondar. “We didn't have a summer camp in those days and they were very keen on butterflies and birds and took us down to libraries to look at books.”

Bondar, 73, also implored students to ask questions, which can lead to endless possibilities.

“Now they have the internet which is a fantastic way of getting answers but they (parents) taught us how to pose questions and they taught us there were so many intriguing things in the natural world to learn from and from that one understands that there are things we may never learn in our lifetime but maybe there's another lifetime that would learn, that would help us."

Trudeau announced Thursday that Canada will be a partner in NASA’s Lunar Gateway space station project.

The U.S. plans to send the Lunar Gateway into orbit around the moon starting in 2022.

It is described as a first step toward deeper space exploration, including a mission to Mars.

The Canadian government says it will invest more than $2-billion in the project over the next 24 years, and it will create hundreds of jobs.