Six months after Lee Doucet moved from Toronto to Windsor, he was told his primary care physician would no longer be able to accept him as a patient ⁠— kickstarting the 38-year-old's search for a new general practitioner (GP).

Amid an ongoing shortage of family doctors, Doucet said wait lists were months long. After nine months of searching, Doucet finally had someone to turn to for his primary care needs.

But in recent months, Doucet has not been making appointments with a family doctor — but rather, a nurse practitioner (NP).

"From my experiences, it's been the best medical decision I think I've ever made," he said.

His decision to switch from a GP to an NP comes as more than one million Ontarians remain without a family doctor, according to Statistics Canada.

Nurse practitioners can do much of the same for patients as a family doctor (general practitioner) such as diagnosing and treating illnesses, prescribing medication and performing regular check-ups including physicals and screening tests.

"When I actually met my nurse practitioner, I automatically connected with her. We had similar goals. She was very detailed with my treatment structure and what I'm looking for in primary care," said Doucet.

"She still has the ability to send me to specialists… I've had very non-standard things and I haven't had a problem getting care the way I need."

But much like finding a family doctor, matching with a nurse practitioner can come with a bit of a wait in its own right.

That's because Canada has fewer than 8,000 licensed NPs as of September 2021, according to data from the Nurse Practitioner Association of Canada.

In comparison, the American Association of Nurse Practitioners says there are more than 355,000 NPs registered in the U.S.

Doucet said after his initial search for a family doctor in Windsor, it took about three months before the nurse practitioner called him for a consultation.

He added that if a family doctor called him around the same time, he likely would've dismissed any calls from nurse practitioners because of his "bias" of favouring GPs over NPs.

According to Angela Preocanin, first vice president of the Ontario Nurses Association, that bias needs to change. 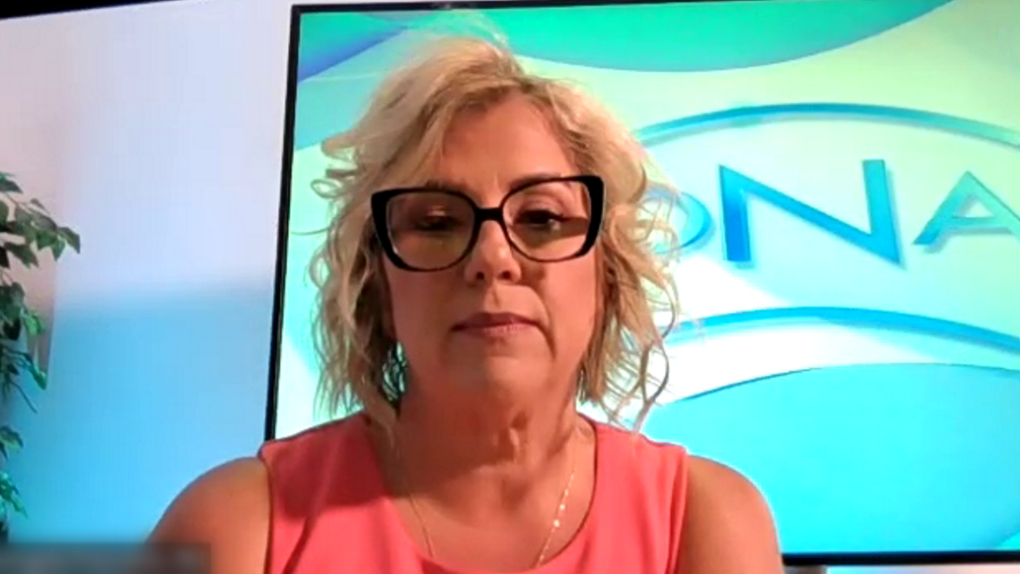 Angela Preocanin, first vice president of the Ontario Nurses Association, during an interview with CTV News in Windsor, Ont. on Wednesday, June 15, 2022. (Sanjay Maru/CTV News Windsor)
"They're extended-class registered nurses who take extra education after they're done their degree to provide this primary care," she said.

"They provide primary care to adults to pediatrics, anesthesia care, all sorts of stuff. So it's really important to help support the residents out there that don't have family doctors."

Preocanin said she would like to see upper levels of government do a better job of promoting and educating residents on the role of nurse practitioners in facilitating primary care.

The goal, she added, is about bridging the gap in health care for regions like Windsor-Essex — one that health officials have previously said is short between 35 and 50 physicians for the local population.

"Due to the fact that we have a shortage of family doctors, this would be a great solution to increase the number of NP clinics out there and bring NPs into our communities that are so underserviced," said Preocanin.

For Doucet, he said the most positive change of working with a nurse practitioner, as compared to a general practitioner, is the way they interact with him as a patient.

"I really feel like their years of working with patients as a nurse and having that hands-on experience has really translated into like a bedside manner that I really appreciate," said Doucet.

"You can meet them, have a conversation and ask them questions. They're very clear about any distinctions. If you don't like that, you just go back to waiting [for a GP]. I think it's a harmless attempt to try something."