According to tweets sent out by Brister Tuesday, he states he was told by the PCs he would no longer be a candidate in the riding of Essex.

“I was informed earlier this afternoon that PC HQ prefers followers to leaders & that I am no longer the PC candidate in Essex,” Brister tweeted.

Brister says he was let go after speaking out about the party’s Right to Work policy. It’s a plan that would allow people to work at an organized workplace, but not join the union, or pay dues.

“’Right to work’ should not be part of PC platform. PC HQ can't have it both ways. Take a position, state it CLEARLY & stand behind it,” he said Tuesday. “Surprised I said it? Shouldn't be. More than worth it, just to bring "right to work" issue to the forefront & then expel it, once & for all.”

Brister says the party told him to retract his statement to save his job.

“I was asked to recant my opposition to RTW legislation in exchange for retaining my position & I refused to do so.”

“I have made the decision that Dave will no longer stand as the Ontario PC candidate for Essex,” Hudak said. “Ontario needs jobs and no obstacle will stand in the way of our efforts to put this province on the path to prosperity.”

Brister has been the Essex PC candidate since 2011. 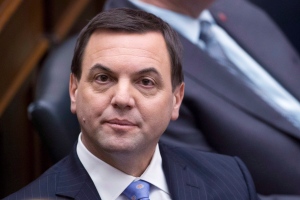 Take our poll: Was Hudak right for firing Brister?