Athletes from Windsor-Essex prepare to compete in Tokyo next week 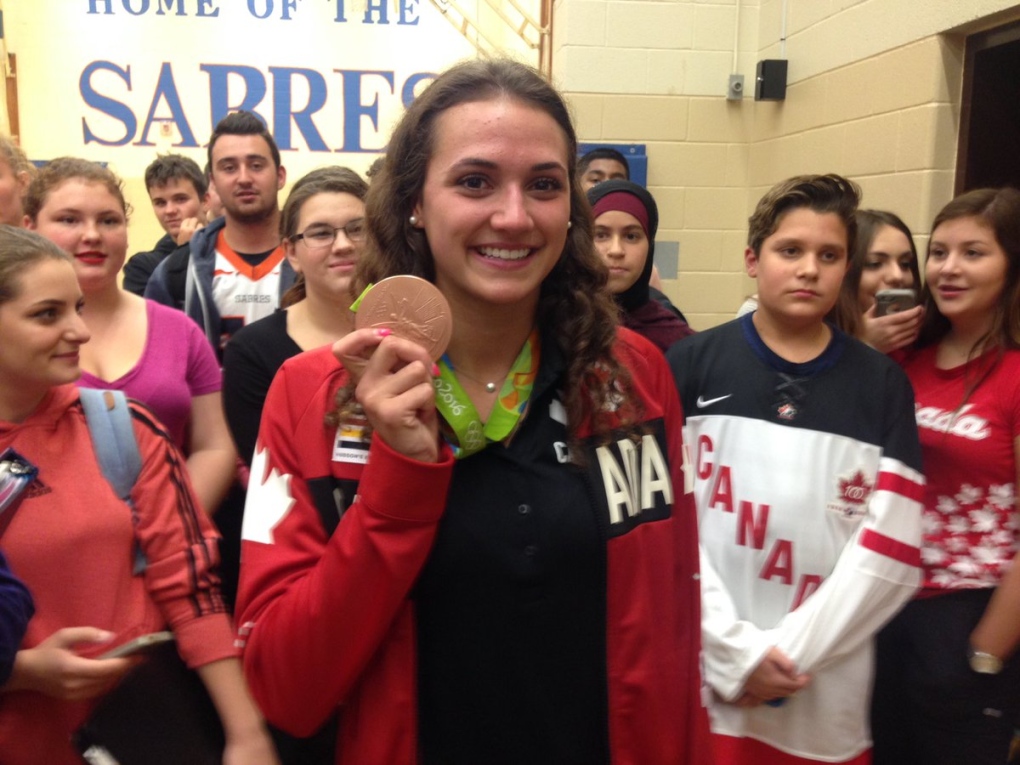 Three local athletes only have a few more days of training until they hit the world stage at the Tokyo Olympics.

Kylie Masse, 25, from LaSalle, made her Olympic debut at Rio 2016, taking home bronze in the 100m backstroke, setting a national record in the process.

She also swam the leadoff backstroke leg for the 4x100m medley relay that set a national record in finishing fifth.

Born and raised in Windsor, Ont., Noelle Montcalm, 33, made her Olympic debut at Rio 2016 where she competed individually in the 400m hurdles and helped Canada to a fourth-place finish in the 4x400m relay.

She will compete in the 400m hurdles on Saturday, July 31 beginning at 9 a.m.

This is the third time, Melissa Bishop-Nriagu, 32, will complete in the Olympic games.

Her hometown is in Eganville, Ontario but lives and trains in Belle River.

Bishop-Nriagu made her Olympic debut at London 2012, finishing 30th in the 800m.

In her second Olympic Games at Rio 2016, Bishop-Nriagu lowered her own national record to 1:57.02 but finished a heartbreaking fourth in the 800m, matching Canada’s best ever Olympic result in the event.