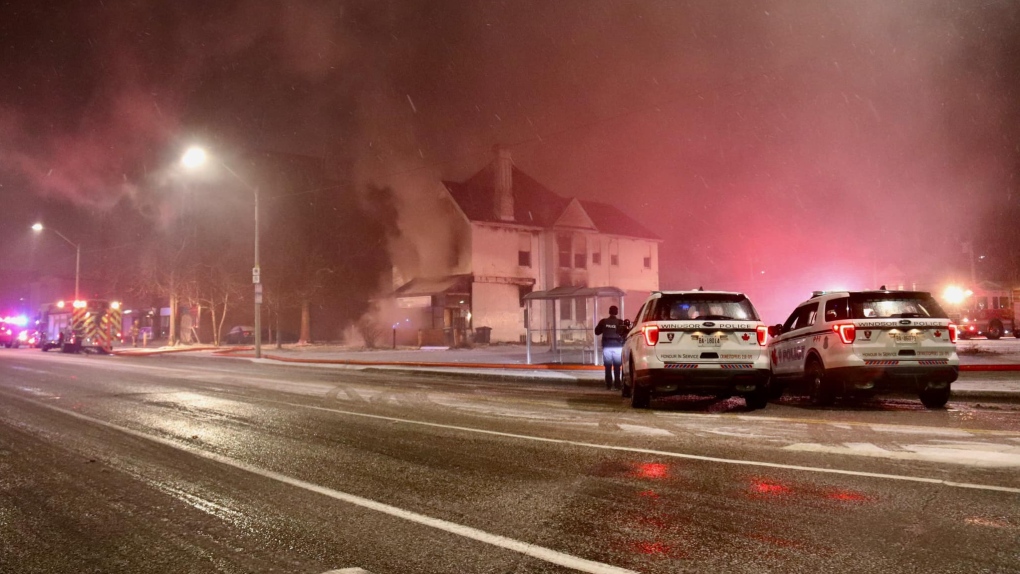 The Windsor Police Services Arson Unit has deemed a downtown fire as suspicious.

Arson investigators say they are looking any information in relation to a “suspicious fire” that occurred on New Year's Day at a vacant building in the 800 block of Ouellette Avenue.

On Saturday, Jan. 1, 2022, at 7:30 p.m., patrol officers responded to an active structure fire at the building and observed the structure to be fully engulfed in flames. Windsor Fire and Rescue were already on scene and actively working to put the fire out.

Officers say they learned the structure was vacant and no injuries were reported as a result of the fire. The structure received significant damaged.

Through investigation, the fire was believed to be suspicious in nature and the scene was held pending further investigation by the Arson Unit. The incident is being investigated as an arson at this time.

The Windsor Police Service Arson Unit, in conjunction with members of Windsor Fire and Rescue and the Office of the Fire Marshal are continuing to investigate this incident.

Anyone in the area with surveillance cameras are requested to check their footage for possible evidence.