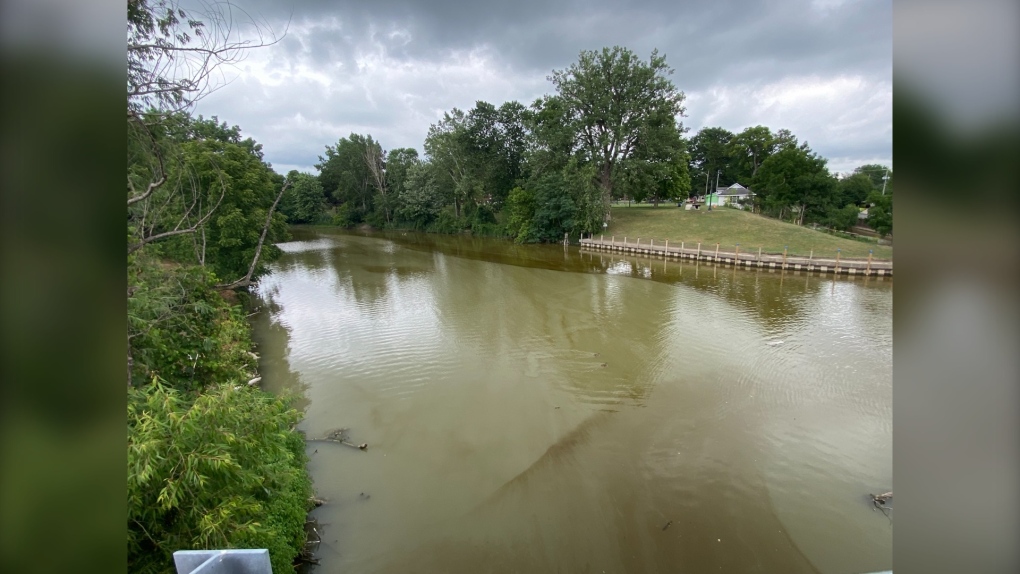 An algae bloom was been detected on the Thames River in Chatham, Ont. on August 1, 2022. (Source: Lower Thames CA/Twitter)

An algae bloom has been detected on the Thames River in Chatham, Ont.

On Aug. 1, officials with the Lower Thames Valley Conservation Authority (LTVCA) detected what they described as a dark rusty brown bloom moving downstream.

Officials say it looks like oil spill in light patches.

They say avoid using, drinking, bathing or swimming in the water and restrict animal access to the water as well.

The Supreme Court of Canada is set to hear a case brought by several human rights organizations seeking to overturn Canada-U.S. Safe Third Country Agreement. CTVNews.ca breaks down what the agreement entails.