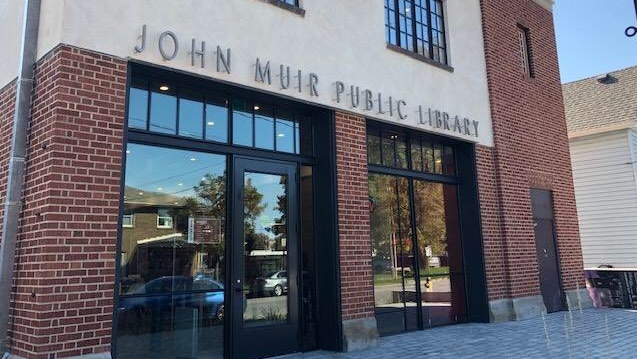 WINDSOR -- The City of Windsor will have to spend more money to replace the sign on the brand new west end library.

But it has since been taken down.

Mayor Drew Dilkens says to follow the naming convention of other libraries, the city will replace it with the words "Windsor Public Library John Muir branch."

Dilkens calls it an "administrative error" but would not elaborate further as to who is to blame.

It is costly error for the city. It will cost $51,000 to replace the name on the side of the building.

Dilkens says the extra cost will be covered in the overall cost of the project.

"Had we had to go back to city council and ask for more money, had this project gone over budget and if that were the case, I think a different perspective would have been taken," says Dilkens.

The new library is a heritage project involving the renovation of the old 1921 Sandwich Fire Hall and Stable on Mill Street.

The renovation cost is $5.5 million.

Dilkens tells CTV News the work finished under budget so there is room to cover the sign fix.

"It's still within the approved budget of council. No one has to go back to city council. The administration decided to fix the error that they made and that's what's happening," says Dilkens, who also admits the error should have never happened.

The grand opening for the library was held in September.

It’s a full house as many come together to celebrate the grand opening of the John Muir branch of the @windsorpublib in Olde Sandwich Towne is underway. @CTVWindsor pic.twitter.com/N6dHgcxgmA