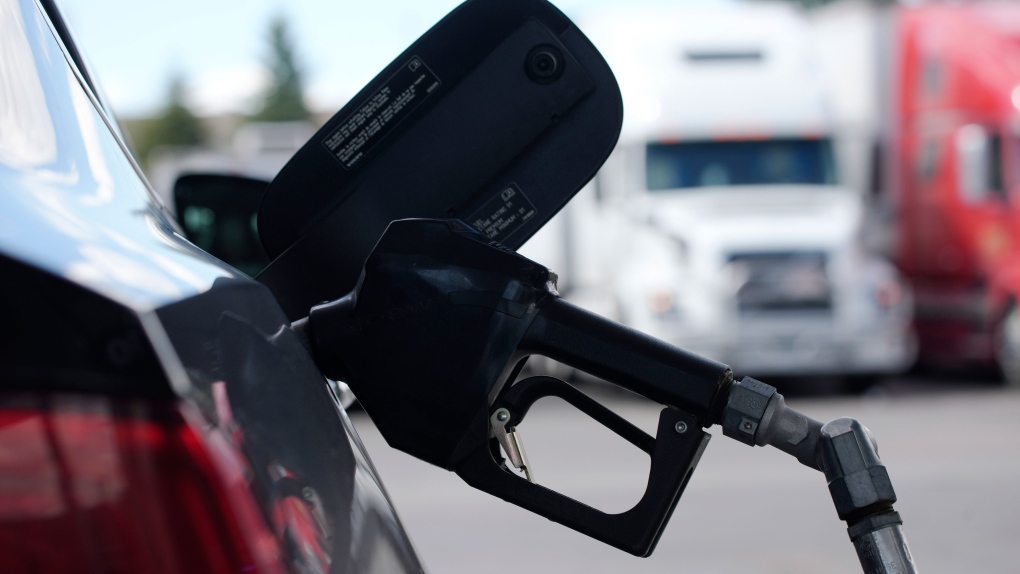 A pump handle hangs from a car at a gas station as motorists take to the road to start the Memorial Day weekend, Thursday, May 27, 2021, near Cheyenne, Wyo. (AP Photo/David Zalubowski)

Gas prices are reaching a record high across the province, including in Windsor-Essex County.

Drivers were filling up at over $1.50 a litre Friday, and they can expect that number to go even higher this weekend.

“Some stations may hold off until Monday.”

The gas expert says there isn’t enough oils being produced which creating a significant pressure on price.

“What’s gonna drive this is the negotiations between Russia and Ukraine, Europe and of course United States.”

If those discussions go well, McTeague believes prices could fall five to 10 cents a litre.

“If it doesn’t go well, then look for prices to march towards $1.60 a litre and there will be nothing to stop that from happening,” he says.

Lack of investment in fossil fuels and a weak Canadian dollar is also contributing to soaring prices, according to McTeague.

“They just keep going up and up and up, but you have to drive so you have to fill up your car,” one driver told CTV News Windsor on Friday.

“Well obviously they’re too high and a big part of that is the carbon tax and it’s only gonna get worse,” added another commuter.

The Trudeau government will be increasing the carbon tax another two-and-a-half cents a litre April 1.

“And on April 15th we’re going to see an increase of about five cents a litre when we shift from winter to summer gasoline,” McTeague says. “Those two factors alone are worth seven and a half cents a litre.”

Creating a whole new meaning of “paying at the pump.”

“What we’re talking about right now is a 20 per cent increase,” McTeague says. “That’s an average hit to most homes about $500 a year.”