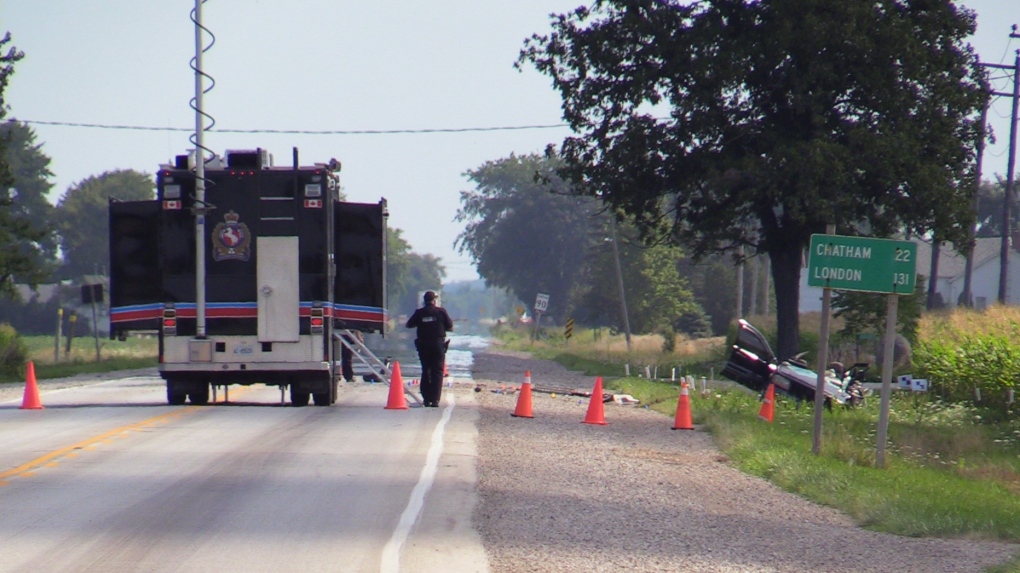 A 55-year-old woman has died after a collision between a cement truck and an SUV on Tuesday.

Emergency crews responded to the crash on Queens Line near the Highway 401 access ramp at 7:26 a.m.

The cement truck was westbound approaching the 401-access ramp when the vehicle veered into the eastbound traffic lane. The truck struck the SUV travelling eastbound, continued southbound through a ditch, and rested in a cornfield. The SUV spun into the southside ditch.

Chatham-Kent police say the names of those involved will not be released at this time.

The traffic unit is currently investigating the collision. Anyone with information is asked to contact Const. Lisa Rodger at 519-355-1092 or lisaro@chatham-kent.ca.

The Supreme Court of Canada is set to hear a case brought by several human rights organizations seeking to overturn Canada-U.S. Safe Third Country Agreement. CTVNews.ca breaks down what the agreement entails.