The Manchester Pub in downtown Windsor filled up early ahead of Canada's World Cup match against Croatia.

About 20 fans waited in the rain before doors opened at 10 a.m. Sunday. 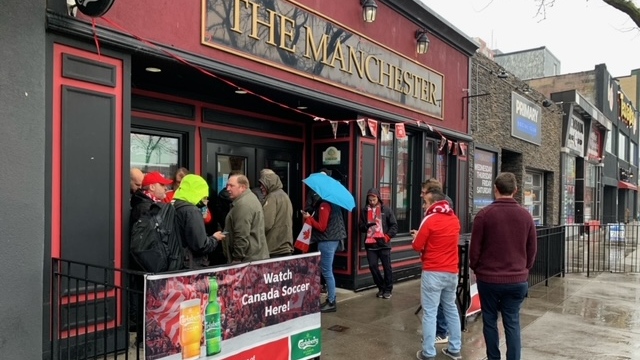 Soccer fans wait in the rain to get inside The Manchester Pub to watch the game in Windsor, Ont. on Sunday, Nov. 27, 2022. (Chris Campbell/CTV News Windsor)

Soccer fans came out in droves last week on Wednesday for the first game in Canada’s historic return to the World Cup.

The Manchester Pub has been playing the other matches since the tournament started one week ago and say crowds get continue to be large even when Team Canada isn’t playing.

Staff add they’re ready to welcome back fans when Canada plays its final group match against one of Africa’s best in Morocco on Thursday, December 1 at 9:45 a.m.

Tecumseh’s Marcela Diaz said it was necessary to witness the game, donning an Osorio jersey. 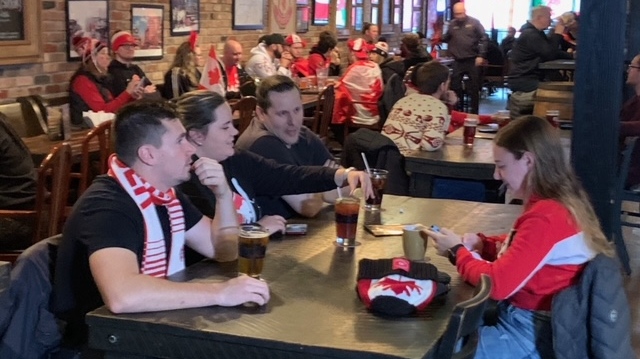 Soccer fans fill the Manchester Pub to watch Canada's World Cup match against Croatia in Windsor, Ont. on Sunday, Nov. 27, 2022. (Chris Campbell/CTV News Windsor) Harry Baumann tried to leave the bar on a positive note after Canada’s defeat, still feeling a sense of pride for what Team Canada had accomplished.

“If you had told me four years ago that Canada would be competitive with Croatia, I would have said you're crazy. You don't know anything about soccer,” Baumann told CTV News. “But they were competitive today.”

“Amazingly exciting to see Canada score a goal and to see all the loyal fans that have come out here and packed the place today lose their minds with joy and delight,” said Stephen Hargreaves who does special events and promotions at the Manchester. “That's the best part about it.” 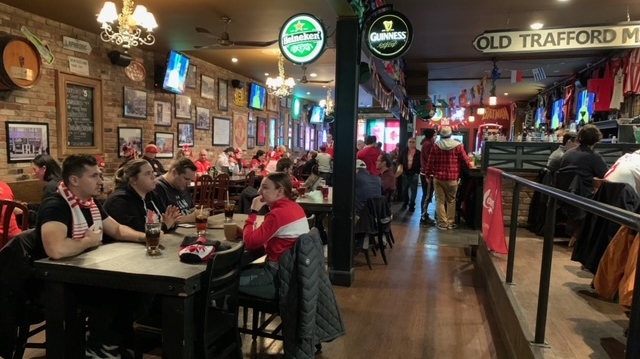 Soccer fans fill the Manchester Pub to watch Canada's World Cup match against Croatia in Windsor, Ont. on Sunday, Nov. 27, 2022. (Chris Campbell/CTV News Windsor) “Canada did not have an easy group. We're not playing easy teams. Even the next game is probably one of the best, definitely in the top three in Africa.”

Hargreaves said he anticipates large crowds to continue throughout the rest of the tournament.

“Luckily we won't have to wait a lifetime till the next World Cup,” he said. “In four years it will be here in Canada and in the US and Mexico. I know a lot of these young stars will be even better.” 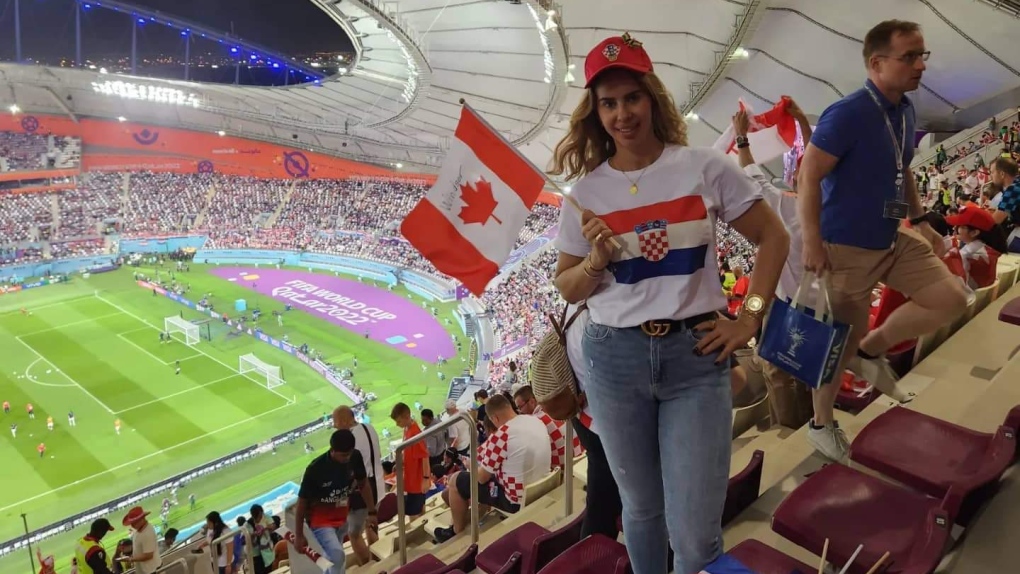 Windsor resident Natasha Feghali in Qatar to watch the World Cup Canada-Croatia game. (Courtesy: Natasha Feghali)“It's been wonderful so far! We've had an excellent, excellent time,” Feghali said from inside the stadium.

“Very safe, very organized. I actually chose to stay in the fan village to get the whole experience and it's been fabulous.”

Feghali told CTV News whatever the outcome, it was worth the weekend trip, noting Canada was well represented by a large number of Canadian supporters in the crowd.

“It’s win-win for me! Whoever wins I’m good! I’m on both sides and you know, we're all looking forward to the World Cup in Canada as well and it’s going to be awesome!”

PM Trudeau presents premiers $196B health-care funding deal, with $46B in new funding over the next decade

The federal government is pledging to increase health funding to Canada's provinces and territories by $196.1 billion over the next 10 years, in a long-awaited deal aimed at addressing Canada's crumbling health-care systems with $46.2 billion in new funding.

After raising interest rates eight consecutive times, Bank of Canada Governor Tiff Macklem told an audience in Quebec City on Tuesday that inflation is showing signs of 'turning the corner' and that the coming year 'will be different.'

Balloons and drones among 768 Canadian UFO reports from 2022: researcher

Balloons and drones were among 768 reported UFO sightings in Canada last year, according to Winnipeg-based researcher Chris Rutkowski, who also found that eight per cent of all cases remained unexplained.

U.S. President Joe Biden is ready to offer a reassuring assessment of the nation's condition rather than roll out flashy policy proposals as he delivers his second State of the Union address on Tuesday night, seeking to overcome pessimism in the country and concerns about his own leadership.

Three men who disappeared after planning to rap at a Detroit party were killed by multiple gunshots, police said Tuesday, five days after their bodies were found in a vacant, rat-infested building.

A report from British Columbia's coroner says a prominent anti-vaccine and COVID critic died in 2021 of a drug overdose, although he also tested positive for the illness post-mortem.