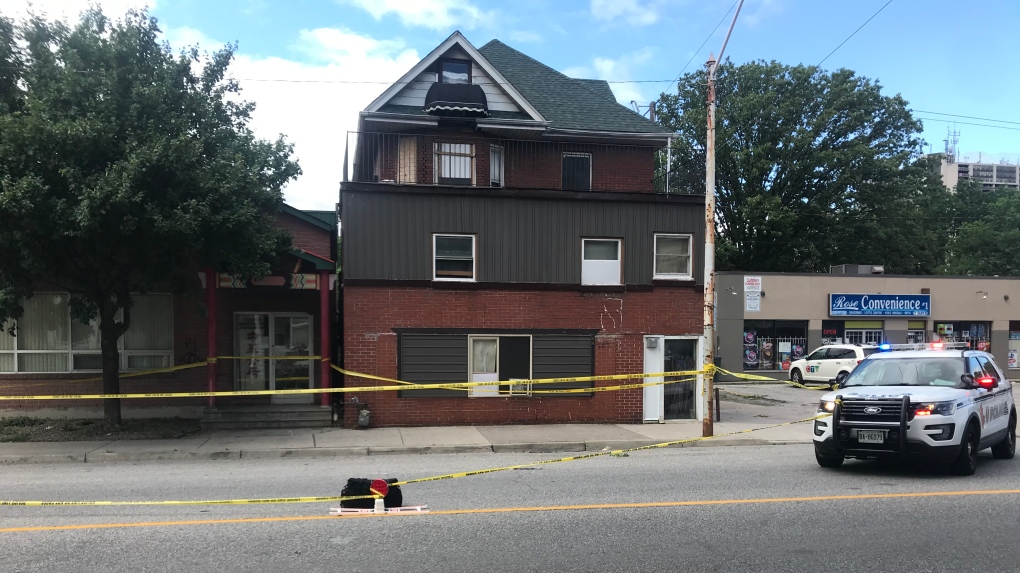 Police had a section of Wyandotte Street West between Bruce Avenue and Church Street closed for an active investigation in Windsor, Ont. on Monday, June 21, 2021. (Angelo Aversa/CTV Windsor)

WINDSOR, ONT. -- Windsor Police are investigating an assault that occurred in the 400 block of Wyandotte Street West Monday afternoon.

Officers were called to a report around at 1:50 p.m. of an adult woman who allegedly assaulted an elderly man in the roadway. The man has serious injuries and was taken to hospital.

The suspect was located and arrested.

Police say the accused and victim are not known to each other and that the victim was attacked without provocation.

Leah Pierce, 41, of Windsor is charged with assault causing bodily harm an assault with weapon.

Anyone in the area of the 400 block of Wyandotte Street West with surveillance cameras is asked to review their footage for possible evidence.