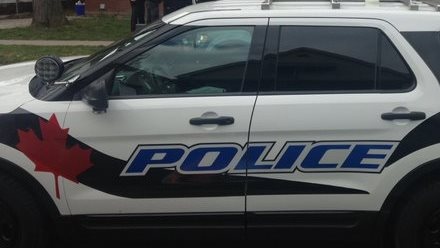 WINDSOR, ONT. -- A Windsor man is facing charges of uttering threats and possession of a weapon dangerous to public peace after allegedly threatening a man with what turned out to be a pellet gun.

Around 12 p.m. Saturday, Windsor police responded to a call in relation to a person with a firearm.

Police say it was reported that an adult male victim attended a home in the 300 block of Pierre Avenue where he was threatened by a man and shown what he believed to be a handgun.

Officers contained the involved residence and arrested the suspect without incident. After receiving judicial authorization police searched the home.

What appeared to be a firearm was found inside the residence, but with closer inspection police found it was in fact a pellet gun. The item was seized as evidence.

A 34-year-old Windsor man is now facing charges of uttering threats and possession of a weapon dangerous to public peace. He was released on an undertaking with a future court date.

Police say the suspect and victim are known to each other.

“This is a reminder to the public that although pellet guns, and other similar items such as airsoft or BB guns are not illegal to possess, the careless or illegal use of them could lead to serious criminal charges,” a news release from Windsor Police Services states.