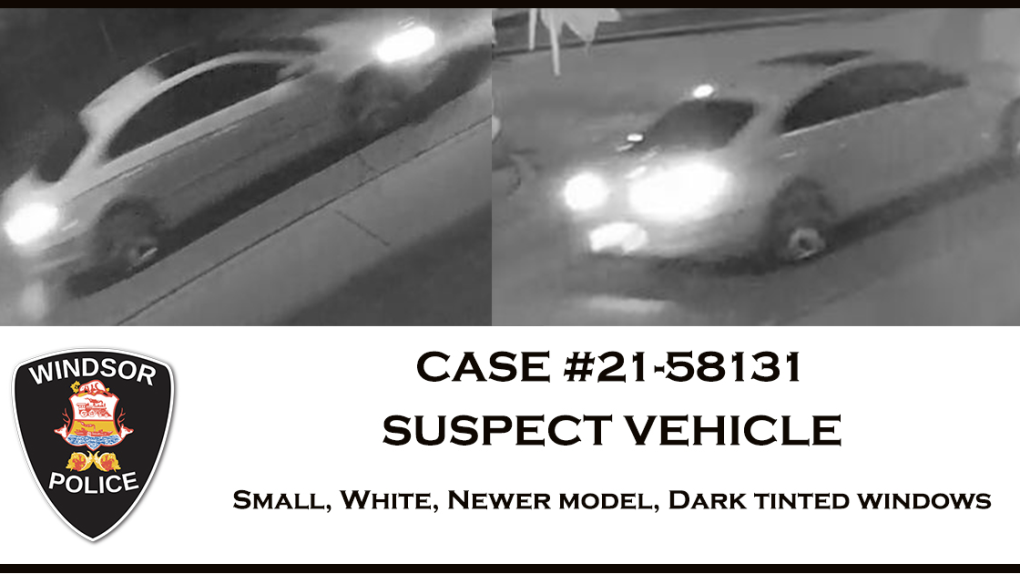 Windsor police are investigating a sexual assault report where a woman was approached and assault by a man in a white vehicle on Windsor Avenue in Windsor, Ont. (Courtesy Windsor Police Service)

WINDSOR, ONT. -- Windsor police say a woman was walking along Windsor Avenue Tuesday when she was approached by a vehicle and sexually assaulted by the driver.

Police are actively investigating the report and seeking information regarding the incident.

Around 12:50 a.m. patrol officers responded to a report of sexual assault that had occurred about 20 minutes prior in the 1300 block of Windsor Ave.

Police say the adult female victim reported a small white vehicle approached her while she was walking and the male driver started to interact with her. A male passenger was also sitting in the back seat at the time.

Police say it was reported that during the interaction, the driver sexually assaulted the woman.

The suspect is described as a man, possibly of middle eastern decent, small build, about 6’ tall, 30-40 years old with short dark hair and a “scruffy face.” Police say he was wearing pants and a shirt and spoke in unaccented English.\