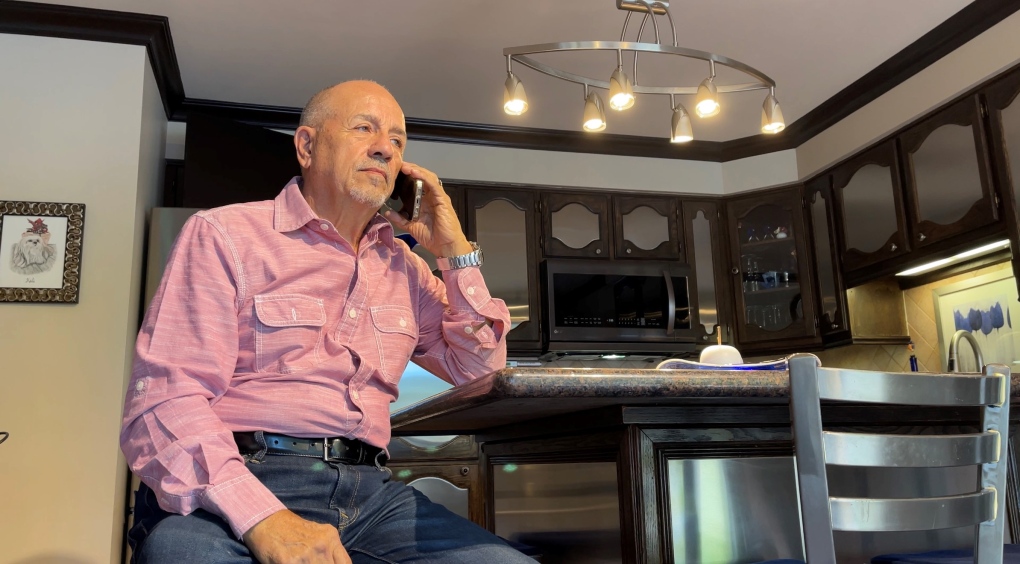 Joe Di Ponio says contacting anyone near his second home in Florida has been difficult, as he watched Hurricane Ian sweep through on Sept. 28, 2022. (Travis Fortnum//CTV News Windsor)

Most of the year, Joe Di Ponio calls the Windsor area home, but in the winters can usually be reached at his second home in Bonita Springs, FL.

The past day or so has been an anxious time for him as he struggles to reach his friends or neighbours who were down there when Ian tore through the state as a Category 4 hurricane.

“It's extremely terrifying for people that are there,” Di Ponio says. “The people that we know that have decided to stay and not evacuate have said that the noise was deafening. The shaking of the buildings was scary.”

Bonita Springs is about half-an-hour’s drive south of Fort Meyers, images out of which have shown incredible devastation and destruction.

“Unfortunately we’re always wishing that it’s somebody else, not you,” says Di Ponio. “But this time it took a turn for the worse and pretty well hit right on.”

Di Ponio says the updates he has been able to get seem favorable, with most of the damage in his community being caused by wind, such as blown over trees.

Having owned the property for 13 years, through numerous hurricanes, he says it could’ve been a lot worse.

“The roof was unscathed, which unfortunately when the last hurricane came through, we had to replace at a cost of like $1.4 million,” he says. “I know the pain that people will be experiencing.”

As the storm now makes its way out of Florida, Di Ponio says cleanup and rebuilding efforts will now follow — a process he says will not be quickly completed.

“Getting a piece of wood or two-by-four was already difficult,” he says. “As soon as they announced that there was a hurricane coming, there wasn’t a sheet of plywood. That’s probably not going to correct itself for weeks or months.”

He says the last time a hurricane blew through he was unable to get contracts completed for a year-and-a-half.

Di Ponio, who knows a thing or two about construction materials as president of Expert Windows, Doors, Roofing and Siding in Windsor, says Floridian builds require stronger grade material for this exact reason — but that doesn’t make riding the storm out any easier for those in its path.

“It's horribly frightening and our hearts went out and prayers went out to these, you know, residents that were there,” he says.