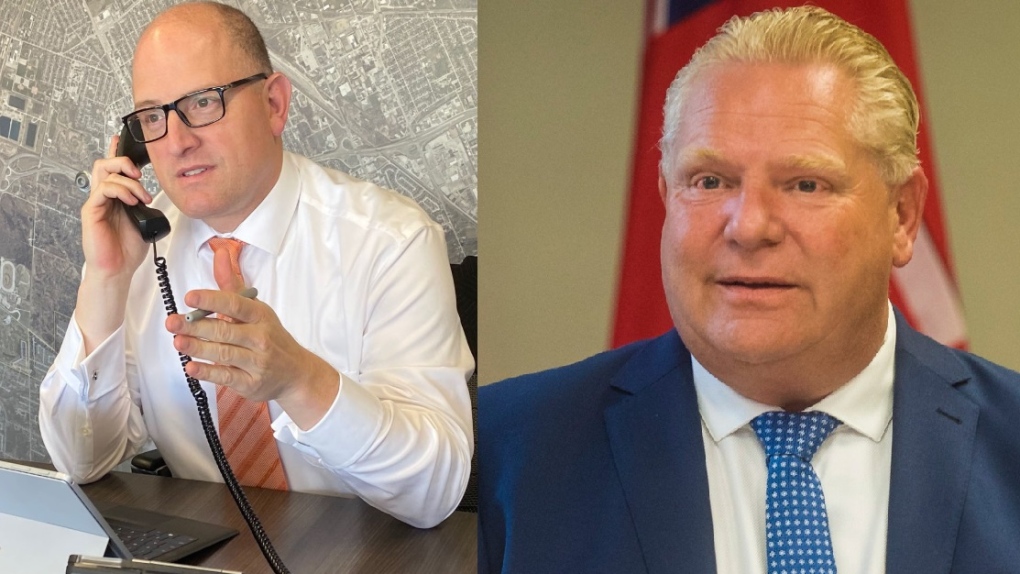 WINDSOR -- The Mayor of Windsor continues to bend the ear of Ontario Premier Doug Ford about the new single site acute care-hospital.

Dilkens says he reminded them the city and all Essex County municipalities are on board, and have been collecting taxes to help shoulder a 10 per cent share of the $2 billion estimated cost.

The project is being held up by an appeal to the Local Planning Appeal Tribunal.

CAMPP is appealing city council's decision in August 2018, when members approved rezoning 400 hectares of land near County Road 42 and the 9th concession for the mega hospital.

A decision is expected next month.

There is a fear the LPAT hearing may jeopardize the project.

"He also understands that when that process comes to a conclusion, action has to happen, and so from that perspective, that was the important message to deliver to the premier," says Dilkens. "But every conversation I've ever had with the premier has been extremely positive, he's very open-minded, he asks good questions."

All Essex County mayors have sent a letter to the province in support of the mega hospital.

The province has already earmarked $1-billion for the project.

I’d like to thank Ontario Premier Doug Ford for taking the time to speak with me today about the planned transformation of our regional health care system. pic.twitter.com/HrDpkGvoJa