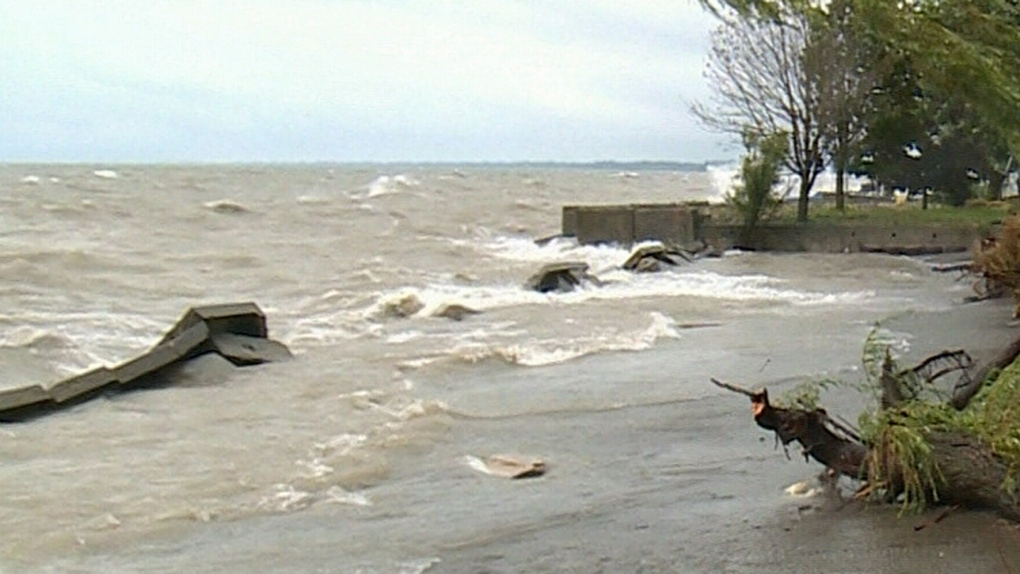 ESSEX, Ont. -- Windsor and Essex county are in dire straits when it comes to the threat of flooding.

That warning from the Essex Region Conservation Authority.

Watershed Management Director Tim Byrne said at Thursday's board meeting that the region is "woefully unprepared" for emergency flooding.

ERCA has issued a flood watch over 189 days this season, a new record for the conservation authority, due to record high lake levels and shoreline erosion.

Byrne adds officials need to look at what equipment is available in the event of massive flooding.

"We are in dire straits right now with respect to the threat of flooding," warns Byrne. "The extent of that flooding though will then dictate the type of response required to be provided by whatever affected municipality that is."

Earlier this week, Byrne warned the threat of flooding will remain high during the winter months due to ice coverage.

He tells CTV Windsor high water levels should be a top priority for the provincial and federal governments.

"It's kind of sad though that some people don't accept the fact that people could be killed in a flood."

"As much as it looks like we've receded a lot, we're still above the historical highs," says Berry. "With that water is going to come ice, so that soft water will become hard water. That hard water is that much more difficult to manage when it starts to move."

The U.S. Army Corps of Engineers office in Detroit on Monday released its outlook for the next six months.