Windsor-Essex residents get on board with Bird scooters

Windsor-Essex residents get on board with Bird scooters 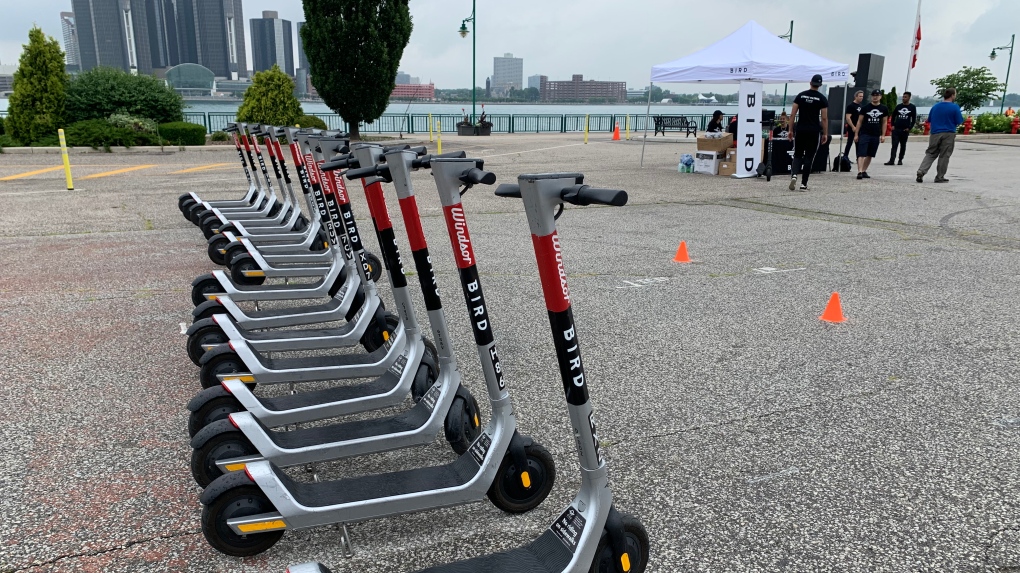 Windsorites appear to have enjoyed soaring around the city on e-scooters, having travelled the highest distance across the country, according to Bird Canada’s national metrics.

Bird Canada launched a one-year pilot project with the City of Windsor in May and since then the company says the uptake as surpassed a number of key national metrics.

In addition, Bird has seen over 16,000 unique riders since May and using 2016 census data that means 7.3 per cent of Windsor residents have tried out the e-scooters, the company says.

The pilot also produced some spinoff benefits include jobs for the 25 people who work at Bird, the launch of e-scooter tours, and cut down on greenhouse gas emissions and traffic due to replacing vehicle rides with a zip on the scooter, Bird says.

Bird Canada says the scooters improve transport links across the city and help improve the appeal and economic potential of the Windsor riverfront as a drive for tourism.

Canadian military would be 'challenged' to launch a large scale operation: chief of the defence staff

Canada’s military forces are 'ready' to meet their commitments should Russia's war in Ukraine spread to NATO countries, but it would be a 'challenge' to launch a larger scale operation in the long term, with ongoing personnel and equipment shortages, according to Chief of the Defence Staff Gen. Wayne Eyre.

Alcohol and speed were factors in a tragic collision that killed three junior hockey players in B.C.'s Lower Mainland last year, according to a coroner's report.

The Canadian men’s national team returns to the FIFA World Cup pitch on Sunday to face Croatia, where they must pick up at least one point or risk elimination. CTVNews.ca will follow the match live.

Canada must secure at least one point against Croatia to stay alive in the tournament and four-time champion Germany looks to rebound against Spain. Earlier, Morocco beat Belgium and Costa Rica defeated Japan.

A 12-year-old boy is dead after playing Russian Roulette with peers in Jackson, Miss., police say.

Protests against China's strict 'zero-COVID' policies resurfaced in Shanghai and Beijing on Sunday afternoon, continuing a round of demonstrations that have spread across the country since a deadly apartment fire in the northwestern city of Urumqi led to questions over such rigid anti-virus measures.

Airbnb has a plan to fix cleaning fees

Pretty much everyone hates Airbnb cleaning fees -- those pesky charges tacked on to your vacation rental bill that supposedly cover the costs to get the place ready for the next visitors. Travelers don't like the expense, and hosts don't like charging them, either.

A man went missing from a Carnival cruise ship in the Gulf of Mexico. What happened next might well be a 'Thanksgiving miracle'

A passenger went missing from a Carnival cruise ship in the Gulf of Mexico. Quick thinking and a 'miracle' saved the man's life.