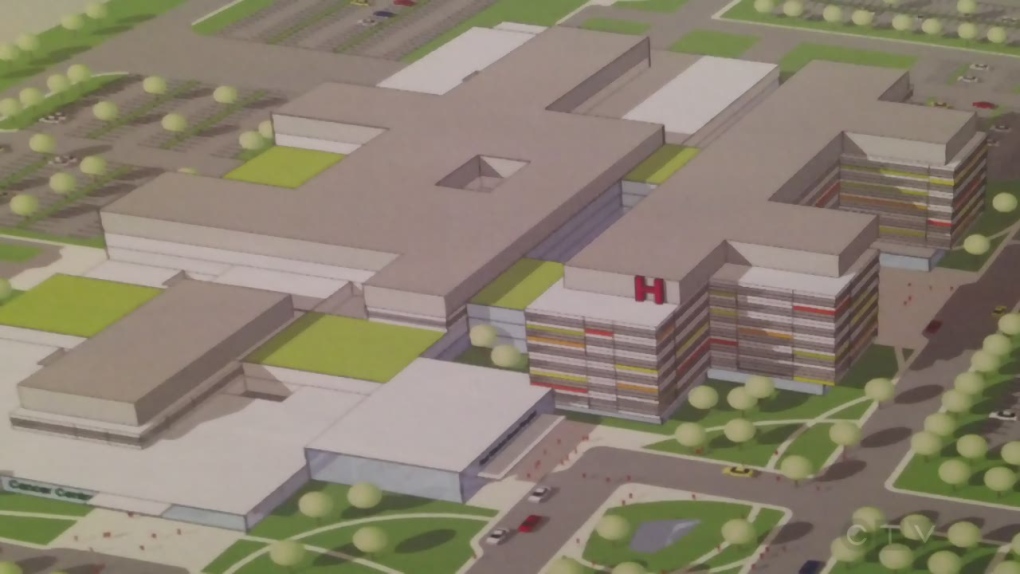 An artist rendering of mega-hospital for Windsor-Essex. (CTV Windsor)

Not every politician in the region is opposed to an appeal of the location for the new mega hospital.

Windsor councillor Chris Holt says he supports the appeal from the Citizens for an Accountable Mega-Hospital Planning Process or CAMPP.

The group is opposed to building the new acute care hospital at County Road 42 and the 9th concession near the Windsor airport.

Holt says those opposed to the location aren't against getting a new hospital, as suggested by some municipal leaders.

But Holt tells CTV Windsor he's just fighting for the proper land use and transportation planning in the community.

There’s people casting shade on the folks brave enough 2 stand up 2 the status quo & question the LOCATION of the proposed consolidated hospital site by saying we don’t want improved health care in #WindsorEssex. Plz disregard them as desperate #YQG #WindsorHospitalAppeal

CAMPP says renowned planner Jennifer Keesmaat, who also ran for mayor of Toronto, will give expert evidence as an independent expert witness supporting their case.

In a news release, Keesmaat says that sprawling land use planning has implications and that directing growth to existing serviced areas prior to building new infrastructure is the foundation of the responsible use of land in the Provincial Policy Statement.

A case management conference is scheduled for March 20 in Windsor.

It will cost an estimated $2-billion.