Dozens of people gathered in Windsor to commemorate the 80th anniversary of the Dieppe Raid.

CTV News Windsor's Chris Campbell spoke to many people in attendance at Friday's ceremony and what the event meant to them.

“It's not everywhere that you get this chance to have a national ceremony somewhere other than in Ottawa,” says Robert Loken, the national manager for honours, awards and commemorations with Veterans Affairs Canada. “I was truly amazed at the engagement of the folks in this city.”

Loken explains, “We read about their stories in books, we see them in documentaries. We see it on the news. But hearing their story firsthand is incredible.”

“It's an honour, but then it’s embarrassing,” says Dieppe Veteran John Date. “But I appreciate it.”

Date was born in Sarnia, Ont. and lied about his age when he enlisted in the Canadian Army at 17 years old. Date first saw combat during the Dieppe raid and represented all who took part 80 years ago.

His daughter Carol McPhearson said the 80th anniversary service was an honour to be part of, noting her father rarely spoke of his time in the war. 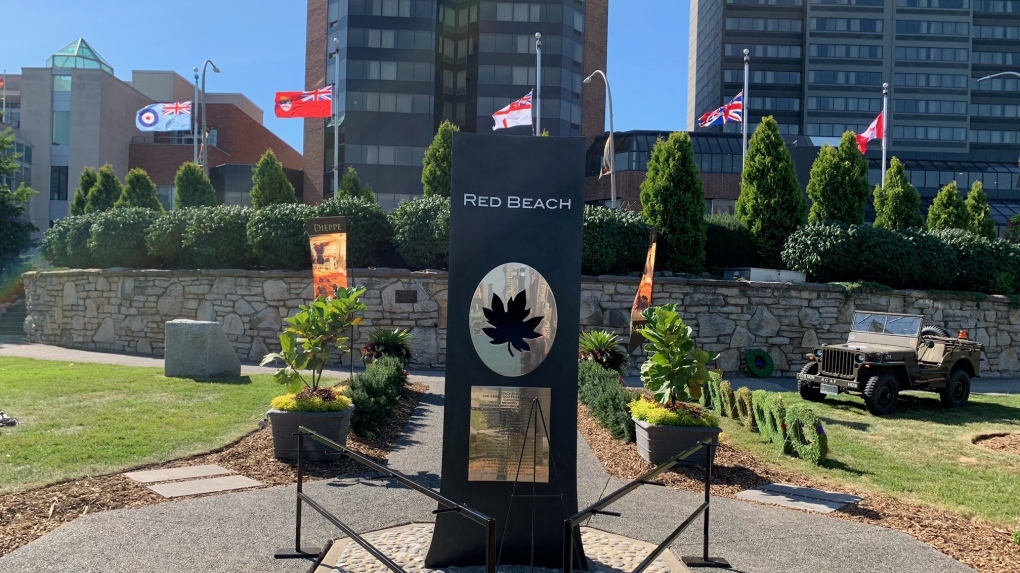 Essex and Kent Scottish Association President, Lieutenant Colonel Morris Brause was pleased with the event’s turnout and grateful several veterans were able to attend, telling CTV News Windsor, “It's just amazing that they're still alive and well and can be here with us on to celebrate.”

Brause added, “It's one of those things that you have to remember. It's easy to celebrate victory. It's hard to remember defeat, but you must remember it so it doesn't repeat itself.”

“Every year, there are fewer and fewer of them and it's difficult. Mr. Date, our Dieppe veteran lives just a couple of hours away from here in Michigan. But, you know, when am I going to get the chance or anyone get the chance to really have that conversation with them again? You never know. We have to take that chance now,” Loken adds.

The City of Windsor, in partnership with Veterans Affairs Canada, held several events on Friday, including:

Events as part of this milestone commemoration:

Government of Canada and HMCS Hunter will lay a wreath at the Anchor Memorial Monument.

Parade will march from the Great Canadian Flag to the Red Beach Monument (Dieppe Monument), led by the Essex & Kent Pipes & Drums.

Veterans Affairs Canada, our visiting Veterans and youth delegates, local Veterans and their loved ones, military representatives, dignitaries and other special guests will participate in the in-Canada signature commemoration event for the 80th Anniversary of The Dieppe Raid.

Government of Canada, our visiting Veterans and youth delegates, special guests from local organizations including the Essex and Kent Regiment and the Royal Canadian Legion, and Silver Cross Mother Theresa Charbonneau (mother of Corporal Andrew Grenon who was killed in action in Afghanistan) will lay wreaths at the Silver Cross Monument.

Anyone who is unable to attend but wish to view the 80th Anniversary of The Dieppe Raid signature commemoration event on Friday can tune in to a livestream at www.facebook.com/CanadaRemembers.

Chief of the defence staff Gen. Wayne Eyre has ordered an immediate halt to all non-essential activities in favour of boosting military recruitment and retention, as the Canadian Armed Forces faces an unprecedented personnel crisis.

Suspect in the deaths of a California family has been arrested for kidnapping and murder, authorities say

The suspect in the kidnapping and killing of four California family members, including their baby, was arrested late Thursday.