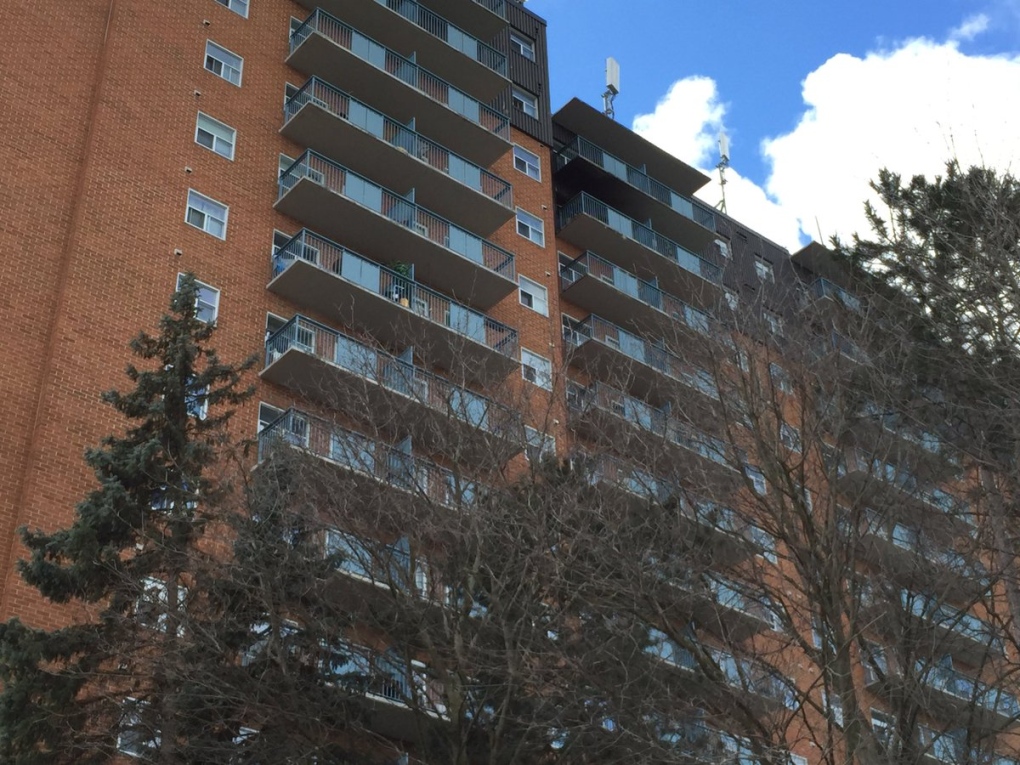 Four people including a fire fighter were injured in a blaze on the 14th floor of this high rise on Walnut Street early on Sunday, March 12, 2017. (Natalie Quinlan / CTV London)

Four people were injured in a fire overnight at a London high rise apartment building.

Fire crews were called to 85 Walnut Street in central London, just south of Riverside Drive, on Sunday around 3:30 a.m. By the time fire fighters arrived, flames could be seen engulfing a 14th floor balcony.

Three residents and one firefighter were injured and taken to hospital. One of the residents suffered serious injury from smoke inhalation and remains in critical but stable condition. The two other residents are still in hospital, and the fire fighter was released.

Fire officials say the damage was contained to one apartment unit, though smoke did seep into the hallway. Total damage is estimated at around $60,000.

The fire alarms in the building operated by London Middlesex Housing Corporation were reportedly in working order.

The Ontario Fire Marshal and the London Fire Department are still investigating the cause of the blaze.