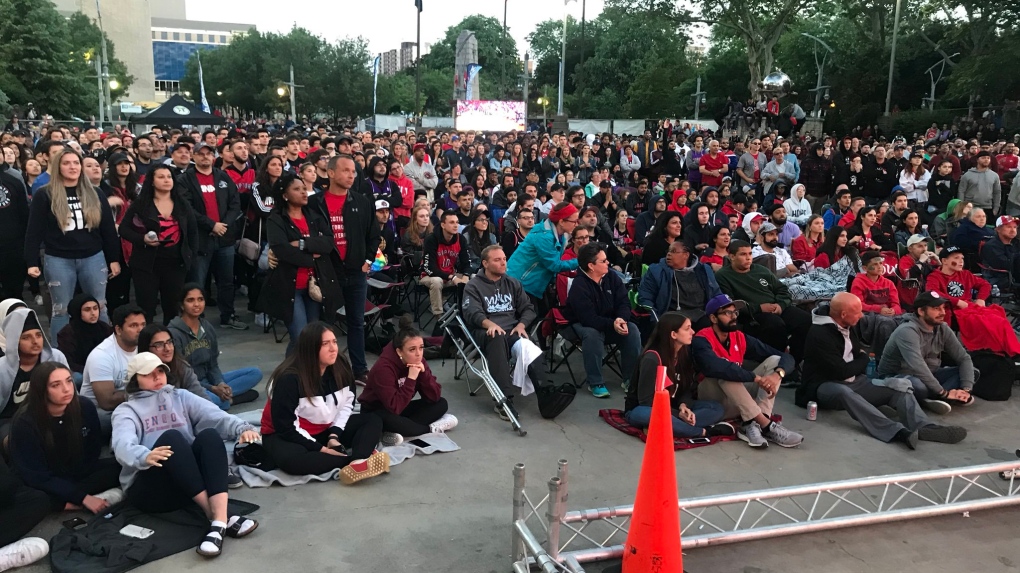 Game 5 of the NBA Finals drew thousands of fans to downtown Windsor once again to watch the Toronto Raptors try to close out the series against the Golden State Warriors.

A third Jurassic Park Windsor viewing party was held at Charles Clark Square after two successful events for Games 2 and 4 between the Raptors and Warriors.

The City of Windsor waived the permit fee for hosting the events at Charles Clark Square, a savings of $650 per event.