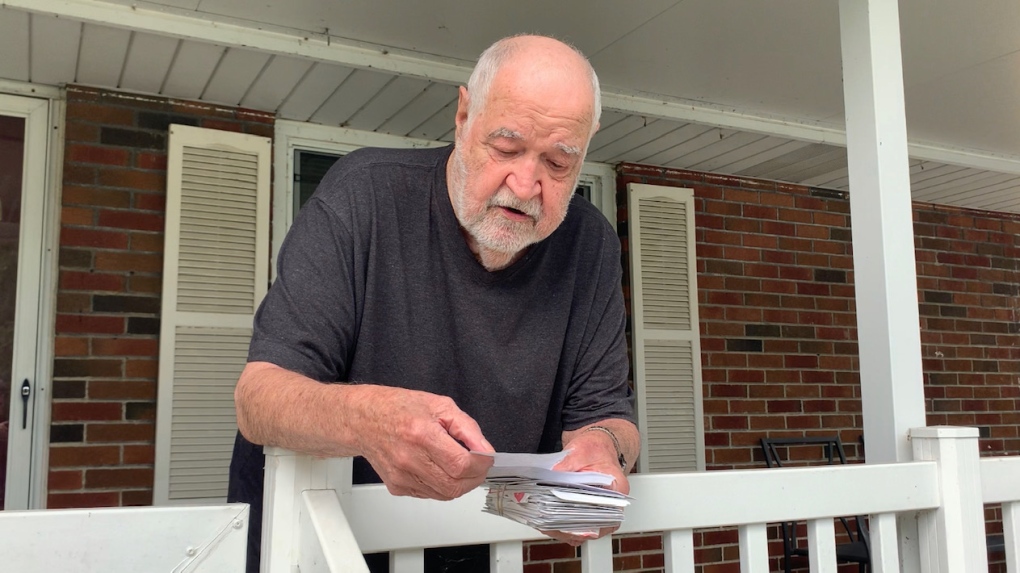 Bill McLeese was scammed out of more than $12,000 after falling victim to a gift card scam in Windsor, Ont. on Wednesday, June 29, 2022. (Chris Campbell/CTV News Windsor)

A retired Windsor firefighter is joining Windsor police in warning residents about a gift card scam after falling victim to one this past weekend.

Bill McLeese said everything started when his computer screen froze Saturday, prompting him to call who he thought was technical support.

“Everything seemed perfectly fine,” he said.

That was until McLeese learned he was being accused of $8,450 in charges to illegal pornographic websites in Europe, with the only solution involving him buying various gift cards.

McLeese said he went to various stores in Windsor to purchase the equivalent amount required on a variety of cards, terrified of what those charges could mean to him legally.

The 76-year-old told CTV News it wasn’t until that evening his daughter raised suspicion her father fell victim to a scam.

McLeese said he filed a report with Windsor police and was able to recoup $500 after he cancelled a card before it was cashed.

He said he arranged a GoFundMe page to try and recover more.

Meantime, Windsor police said on Wednesday that scammers are finding different ways to communicate with people, noting gift card scams aren’t new, but the ways of convincing people to buy them continue to evolve. 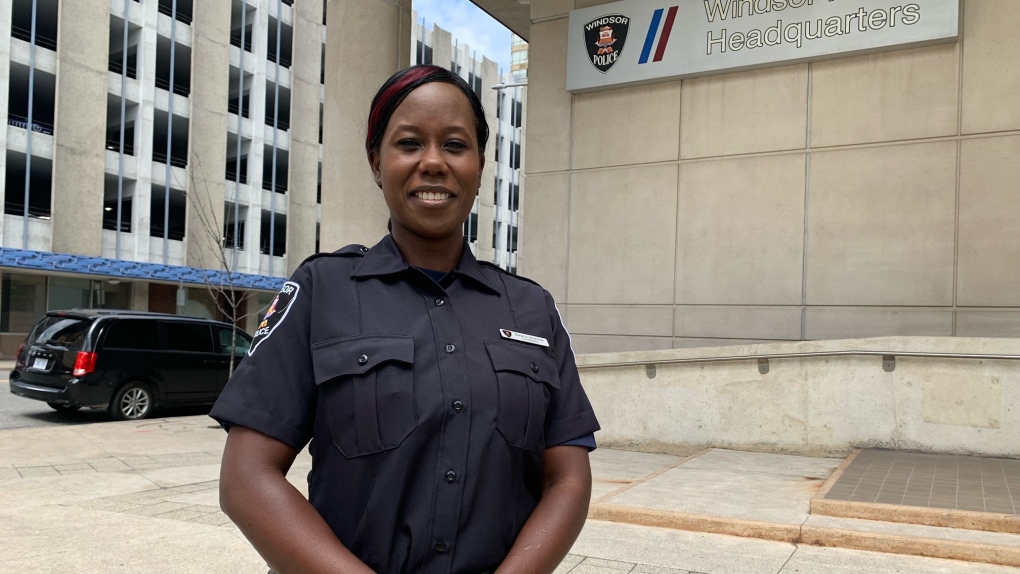 Windsor police Constable Bianca Jackson said its important for people to 'slow down' when dealing with suspicious phone calls in Windsor, Ont. on Wednesday, June 29, 2022. (Chris Campbell/CTV News Windsor)“What the scammer is trying to do is just give you a sense that this is real,” said Constable Bianca Jackson. “Making you believe what they say.”

Jackson said no government agency or bank would request gift card payments warning that should be a big red flag.

“The best tip that I can give is slow down,” Jackson explained. “There is no urgency to any of these phone calls. Slow down, listen to their questions and you know yourself better than anybody. You know whether you owe money to somebody you know, your loved one better than anybody, so slow down, take a phone number and call back if you need to. Call your loved one, get some advice on what they should do.”

Jackson continued, “If you feel like that you do owe money to somebody, call that company. If it's a credit card company that's calling you, call them back. Call them on the number that's on that credit card so you know you're talking directly with your credit card company.”

Police urge those who sell gift cards like cashiers or managers to be on high alert for large amount or quantity requests, especially with senior customers.

“If you find that somebody is purchasing a large amount of gift cards, iTunes gift cards, Amazon gift or any kind of gift card and you feel that this is suspicious, definitely hold up that person up,” Jackson said. “Let them wait a moment and give us a call.”