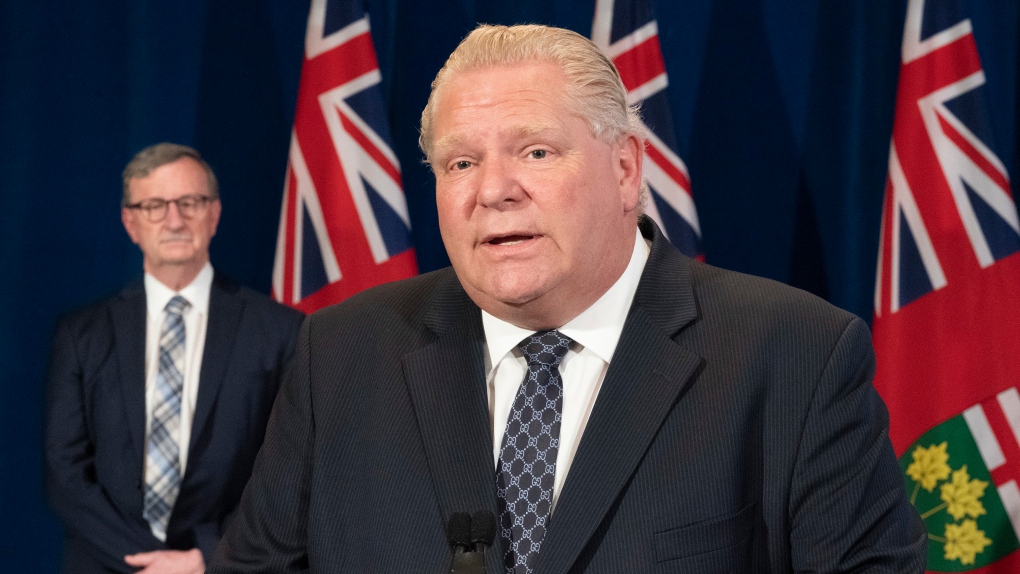 At the daily update on Thursday, Ford took time to praise Windsor for the health unit’s work in testing for the virus

“I want to give a shout out to the Essex medical officer of health Dr. (Wajid) Ahmed, he said. “I want to say thank you for the great work you’re doing.”

Prior to taking media questions, Ford commended Windsor for the work that went into the testing sites.

“They worked with police, city staff, parks and recreation to organize road closures, rerouting cars to allow drive thru testing on the side of the road.”

Ford  said it was “fantastic” that 1,800 tests were given in about three days.

He said bouncing test sites around and administering them by the intersection was “thinking outside the box.”

“I just want to give a shout out to the doctor again, the police, everyone that made it happen down in Windsor,” Ford said. “You guys are absolute champs.”

He also mentioned a plan to bring a testing site to the Windsor Chrysler Assembly Plant saying, “that’s what we need to do.”

He said he was grateful to all those across the province working to conduct more tests and trying to mitigate spread.

“Everything’s coming together now and I can see it,” he said.