Though not officially recognized in any formal capacity in Canada, farmers in southwestern Ontario are celebrating as farmers’ market business in the province continues to rebound from more than two years of pandemic lows.

“COVID had its challenges but we bounced through,” said Sarah Graham, owner of Sarah’s Farm Market in Chatham-Kent. “We're feeling back to normal more and more every day.” 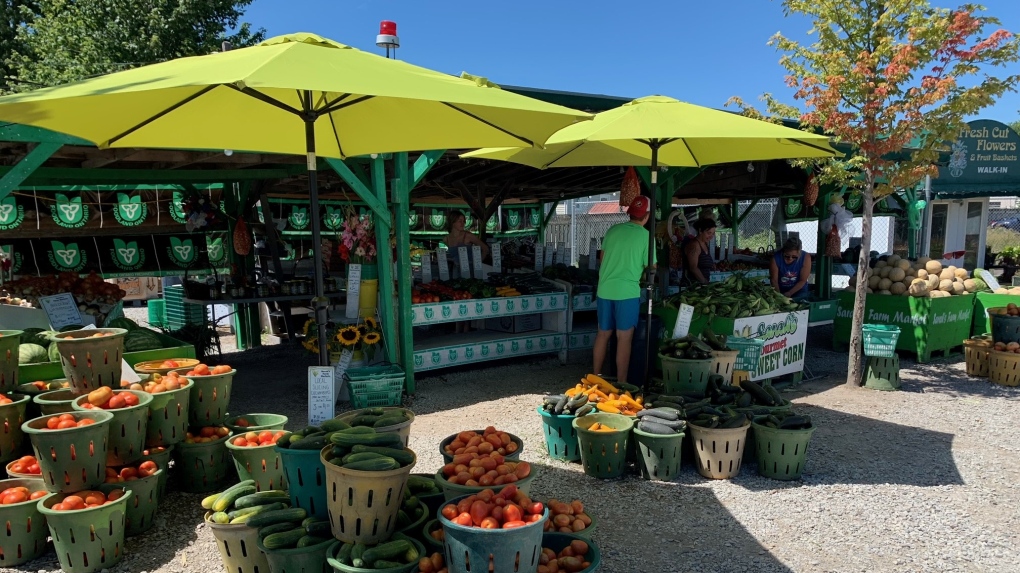 Graham said their crops are coming in the best they have in several years, crediting favourable weather, but said growing inflation among other things have forced retail prices to rise in order to keep things profitable.

“The cost of living and the cost of eating is rising and produce is something that is a challenge,” Graham explained.

“Minimum wage goes up. Fuel goes up. Fertilizer expenses have jumped up huge this year too. And that extra money’s got to come from somewhere. So we do have a little bit of an increase in our retail sales products this year.”

According to Graham, one of the biggest challenges remains finding reliable workers.

“I have 28 employees right now and I'm finding it difficult,” said Graham. “I would expand even set up more fruit stands, give students more jobs, but I just can't find the help to do it.”

Graham explained she believes farmers’ market shopping in bulk is more affordable for families looking to find deals for their grocery bill.

“It's tough, you know, in my opinion, I have four children buying a dozen corn at seven or six bucks a dozen is still a great way to feed them and fill their bellies. If I was to go to McDonald's drive thru, it'd be like $80 to feed them. So comparison wise, I think farm market shopping is still the number one way to go for a large family especially.”

Graham added they encourage volume sales with harvest season picking up, suggesting deals are to be had with things like zucchini, cucumbers, tomatoes and corn as they become readily available.

Graham noted it takes about eight minutes for their produce to arrive from their fields to their stands. “There's great choices! Fresh, local grown, so even though the costs are going up and retail prices have increased a little bit, it's still the cheapest way to eat by far.”

Meantime, other places nearby say they’re having difficulty finding vendors for their weekly farmers’ market.

Bill Myer at the Chatham Sales Arena Farmers Market said they used to have upwards of 30 vendors selling produce each week, but believes many have became accustomed to selling their product from roadside stands. 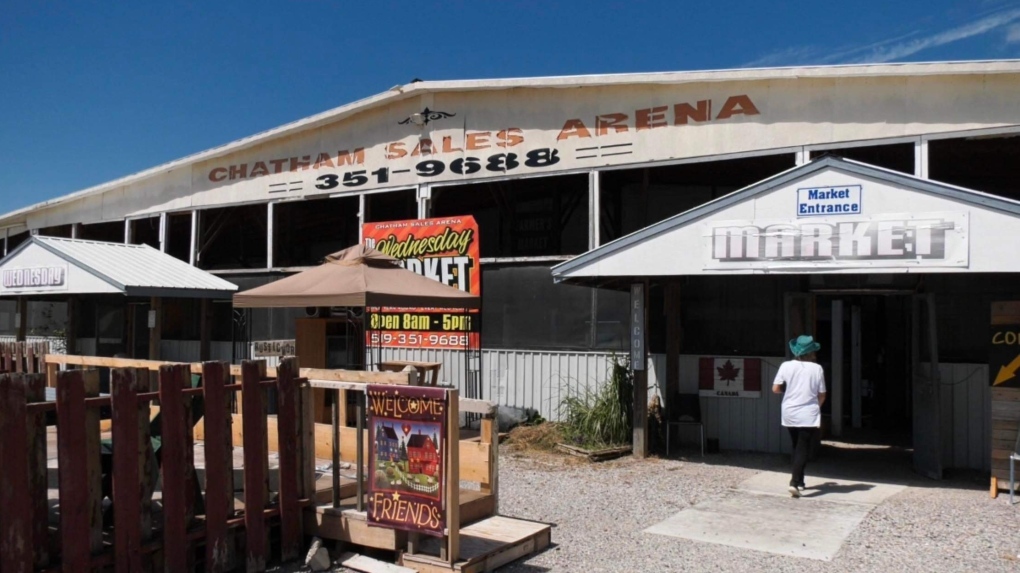 “Problem is, is that they got used to selling it from home. And of course, you know, the labor crunch is a problem.”

The general manager said, “They're not able to get people in from out of the country to pick or plant and therefore they don't want to plant the full crop, so they plant maybe a third and they use the family to pick the third when it’s ready.”

Myer told CTV News they’re working to attract and train new vendors along with customers suggesting foot traffic dropped to a third of what it used to be before the pandemic.

“We'd have as many as 3000 people a day come through for a visit. Now we're down to about a third of that and trying to claw it back as you know, it's a big job,” he said.

“You can drive down most highways around the Essex County area, Chatham-Kent area, and you'll see fruit stands, produce stands all over the place. And those are the farmers selling from home and they're selling literally a third of their crop because that's all they can pick. So that's all they plant because of the labor shortage.”

Hurricane Ian's most damaging winds began hitting Florida's southwest coast Wednesday, lashing the state with heavy rain and pushing a devastating storm surge after strengthening to the threshold of the most dangerous Category 5 status.

Robert Cormier, a Canadian actor whose credits include 'American Gods' and the long-running series 'Heartland' has died at age 33.

The Canadian generic pharmaceuticals giant founded by murdered billionaire Barry Sherman in 1974 has agreed to a takeover.

A new global study now confirms the link between a temporary increase in the menstrual cycles of some individuals as a result of the COVID-19 vaccine.

Federal authorities closed Canada's borders Wednesday to commercial dogs, including ones being put up for sale or adoption, from more than 100 countries deemed to be at high risk for canine rabies.