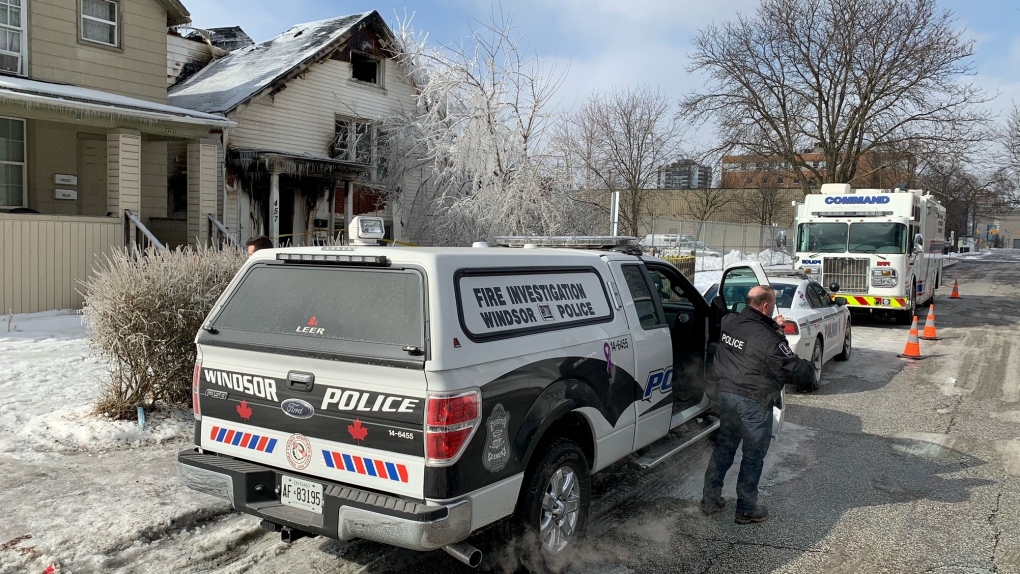 WINDSOR, ONT. -- A person who suffered life-threatening injuries following a house fire on Church Street is still being treated for their injuries, Windsor fire officials say.

Fire crews were called to the home in the 400 block of Church Street around 9:15 p.m. on Sunday. Windsor police, the Office of the Ontario Fire Marshal and WFRS investigators are all looking into the blaze.

Church St correction update. It is with apology the previous report regarding the second fire victim was not accurate. The second person in this incident is still being treated for injuries.

Firefighters reported heavy smoke and fire conditions when they arrived on scene. The fire was eventually upgraded to a three alarm blaze and crews were forced to a defensive exterior attack including aerial ladders.

The man and woman were taken to hospital, where one person succumbed to their injuries, the second is still being treated. Police say the Major Crime Unit and Arson Unit are seeking information in relation to the incident.

Anyone in the area with surveillance cameras are requested to check the footage for any suspicious persons or activity around the time of the incident.

A previous version of this article included an update from Windsor Fire and Rescue stating the second fire victim had succumb to their injuries, WFRS has since corrected the error.