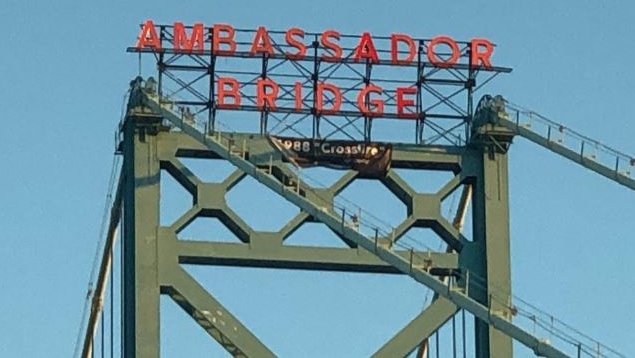 A sign hung by a climber over the south tower of the Ambassador Bridge facing Windsor on Saturday September 14, 2019. (Photo by Ahmad Moussaoui)

WINDSOR -- A public mischief charge has been withdrawn for a Windsor man who climbed the Ambassador Bridge to promote his music.

Luke Heney climbed the bridge on Sept. 14, 2019 to hang a banner for his band on the 118-metre high tower facing south towards Windsor.

Officers arrived to find Heney making his way down a massive suspension cable. When he reached the ground, they took him into custody. He was released, but charged with public mischief.

His lawyer Helen Burgess tells CTV News the charges were dropped on Dec.4, 2019.