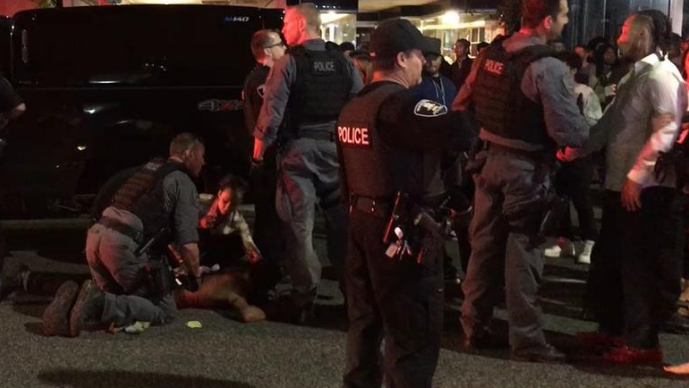 Windsor police say they are looking for a suspect after two men were stabbed during a downtown fight.

Officers responded to the 400 block of Ouellette Avenue for a large group of people fighting on Sunday around 1 a.m.

The victims were both identified as men in their early twenties.

One victim was transported to hospital with serious injuries and the other with minor injuries.

The suspect was described a black man, 5'11, 190lbs, with braided hair. He was wearing a black sweatshirt with white pattern and black pants.

The Major Crime Branch is actively investigating the incident.

.@WindsorPolice confirm man was taken to hospital after a stabbing on Ouellette Ave. at Maiden Ln. no details on his status. More to come. @AM800News @CTVWindsor #cklw pic.twitter.com/AUc4ig5tAT