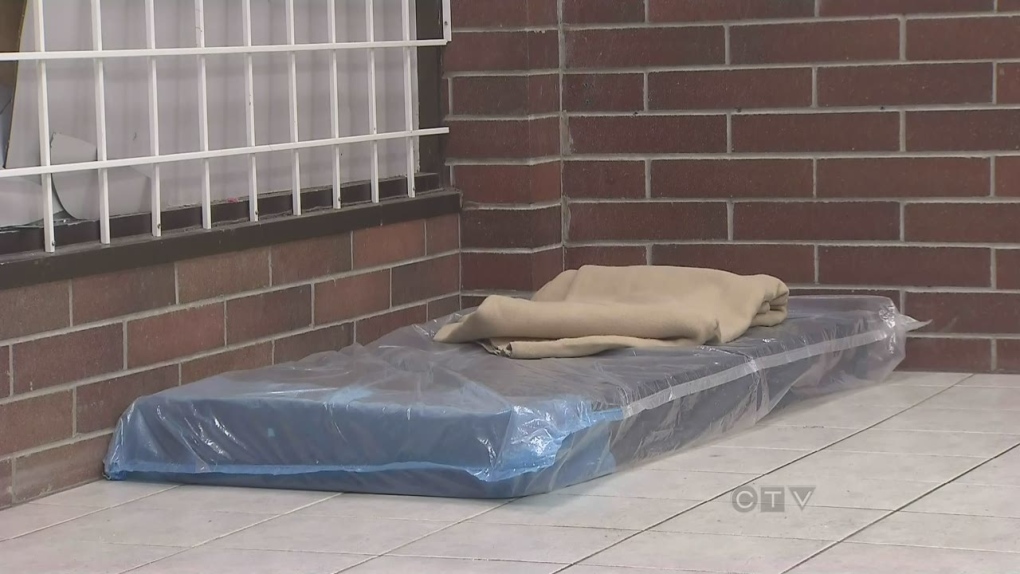 TORONTO -- A program aimed at measuring homelessness in Ontario has been put on hold by Premier Doug Ford's government, raising concerns that lack of access to data could prevent some municipalities from addressing the problem.

The enumeration was launched by the former Liberal government in 2018 as part of a broader strategy to eliminate chronic homelessness in Ontario by 2025. The Liberals issued a ministerial directive making the count mandatory for municipal housing service managers.

But in a recent letter to those managers, a top civil servant with the Ministry of Municipal Affairs and Housing said the government recognizes some things have changed since last year, including the fact that some communities are using real-time data to track homelessness.

"For those reasons, the ministry is pausing the requirement for service managers to conduct local homeless enumeration to give us time to review in more detail enumeration requirements," assistant deputy minister Janet Hope said.

Municipal Affairs Minister Steve Clark said the Progressive Conservative government wants to address data gaps and other limitations ahead of any future counts, but noted that communities can continue the work on their own if they wish.

"We just want to take an opportunity to look at the best practices," Clark said earlier this week. "I think there are a number of emerging strategies (and) we want to work with the homeless enumeration data to make sure that it's effective."

But some critics are concerned the decision could signal a shift away from the collection of key data used to help address homelessness.

Michael Jacek, a senior adviser on housing and homelessness policy at the Association of Municipalities of Ontario, said communities across the province use the data to develop local plans to address the issue.

The longer the pause goes on the greater a problem it could present for municipalities as they continue their work, he said.

"This is important data used for evidence-based decisions which inform homelessness prevention programming and housing," Jacek said. "For many, this is an indispensable tool."

Tim Richter, the CEO of the Canadian Alliance to End Homelessness, said the province's decision doesn't concern him provided it is just a pause and not a full stop on the provincial count.

"I would say if they're not doing anything, if they're not interacting with their service managers to understand homelessness in those communities, then there would be a problem," he said.

Richter said the field is evolving quickly and Ontario's enumeration was anonymous and the data was anchored in the point-of-time which it was taken. That information is less useful when it comes to helping individuals than the real-time data that tracks their progress which some communities are now gathering.

"Where we're moving to is real-time data where you know everybody who's homeless by name," he said. "Homelessness is a dynamic problem and you can't solve it with a static intervention or static count."

Richter said the federal government is planning to complete its own homelessness census next year and some municipalities felt the provincial duplication wasn't necessary.

Toronto city Coun. Gord Perks said there is a place for the provincial count and the Ford government should have addressed the data gaps while moving forward.

"I'm a little bit puzzled," he said of the pause. "If you think you need better data, why does that mean collecting none?"

"I have not seen any actions from this provincial government that will get us any closer to the goal of ending homelessness," he said.

"What this indicates to me is that the government has no interest in tracking whether the number of people who are living on the streets is growing under their watch," she said.

Interim Liberal Leader John Fraser said the enumeration was meant to be a barometer on homelessness.

Clark would not say if the province would stick to the 2025 target set by previous Liberal government.

This report by the Canadian Press was first published Nov. 10, 2019.