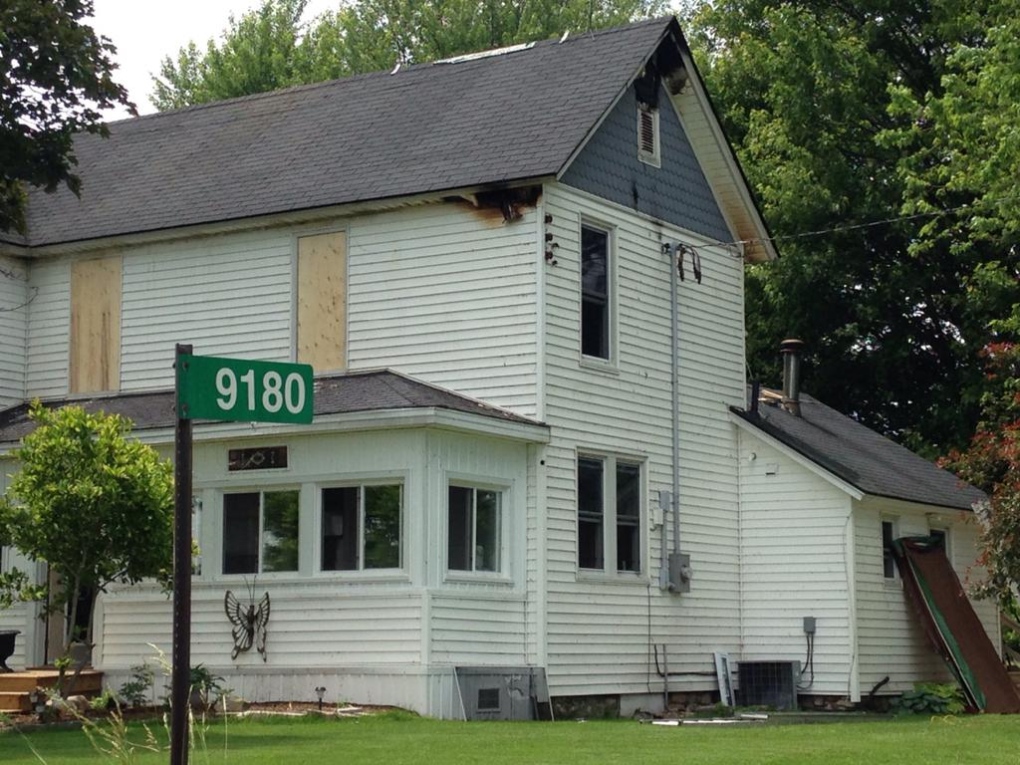 An investigation is underway after a fire at a home on Country Road 41 in Amherstburg, Ont., Friday, June 19, 2015. (Alana Hadadean / CTV Windsor)

An investigation is underway into the cause of an overnight fire in Amherstburg.

The fire began in the upper level of a home in the 9000 block of Country Road 41.

Fire crews arrived on scene shortly before midnight and brought the blaze under control quickly, but they remaind on scene for about two hours.

No injuries were reported, but the damage is extensive.

The cause of the blaze is believed to be electrical and damage is estimated at $350,000.