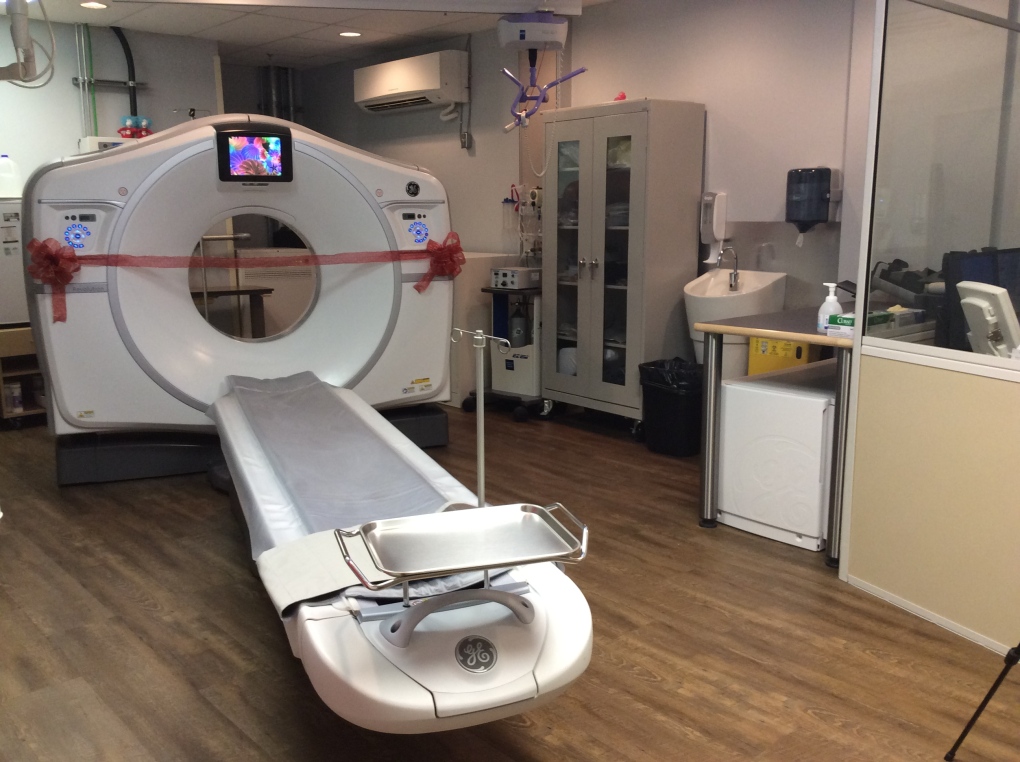 There is a new state-of-the-art CT scanner at Leamington District Memorial Hospital.

A special ribbon cutting ceremony was held during an open house on Friday to launch the dual imaging scanner that offers reduced radiation exposure.

Officials say it is the first of its kind to be installed in Ontario.

In addition to increasing the volume of scans every day, the new CT technology also means an increased number of more complex scans.

It is part of more than $3.2-million recently invested in new diagnostic equipment, 3D Mammography, Ultrasound and upgraded facilities such as the Women’s Center and new CT scanner.

This new technology along with the diagnostic imaging additions add to program support such as LDMH Women Centre Accredited Mammography Program, and is the only site outside of Windsor that hosts the Ontario Breast Screening Program and designated as a Breast Assessment Center with ‘one stop shopping’ for mammography, breast ultrasound, core biopsy and breast surgery.