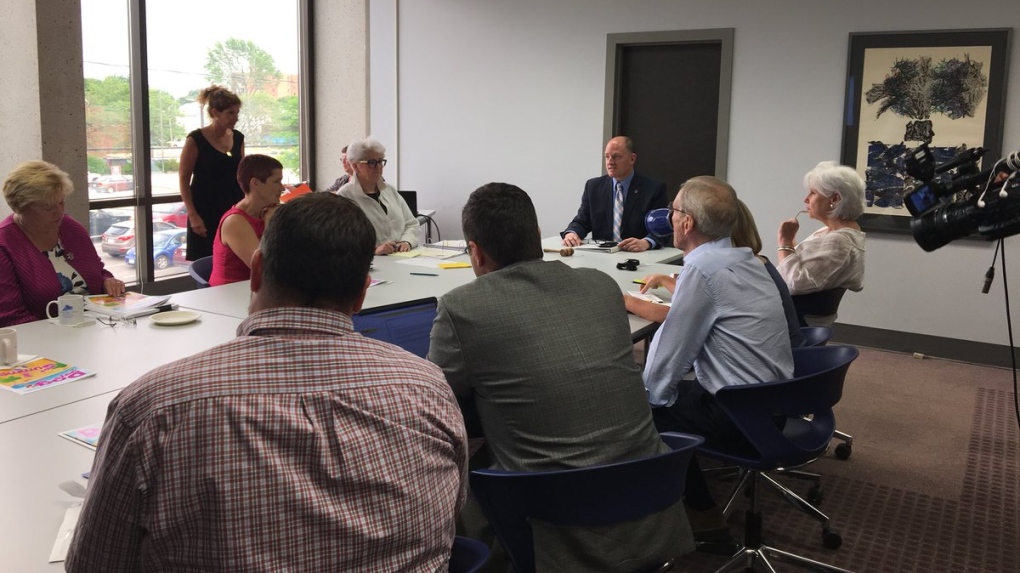 Members of the Windsor Public Library Board make a decision on a temporary location for the central library. ( Ricardo Veneza / CTV Windsor )

The Windsor Public Library Board has picked a temporary location for its central library in the downtown core, but officials are not identifying the site.

"There are two potential locations,” said WPL CEO Kitty Pope after Tuesday’s board meeting. “The library board has a preferred location and we will present both of those to city council.”

Mayor Drew Dilkens said they will identify the location once it has been approved by council later this week.

Dilkens expects the temporary library site will be in use for three to five years.

The board has been looking for a temporary location since March, when the current central library building at 850 Ouellette Avenue was sold to the Downtown Mission for $3.6 million.

Dilkens admitted the new location would be smaller, but he doesn’t think that is a bad thing.

“We know we're working on a great vision for our downtown branch of the Windsor Public Library and we think people will be willing to accept a smaller space and the tradeoff would be a great space at the end of the day.,” added Dilkens.

Dilkens also said they continue to speak with officials from St. Clair College about a potential partnership to keep a library downtown.