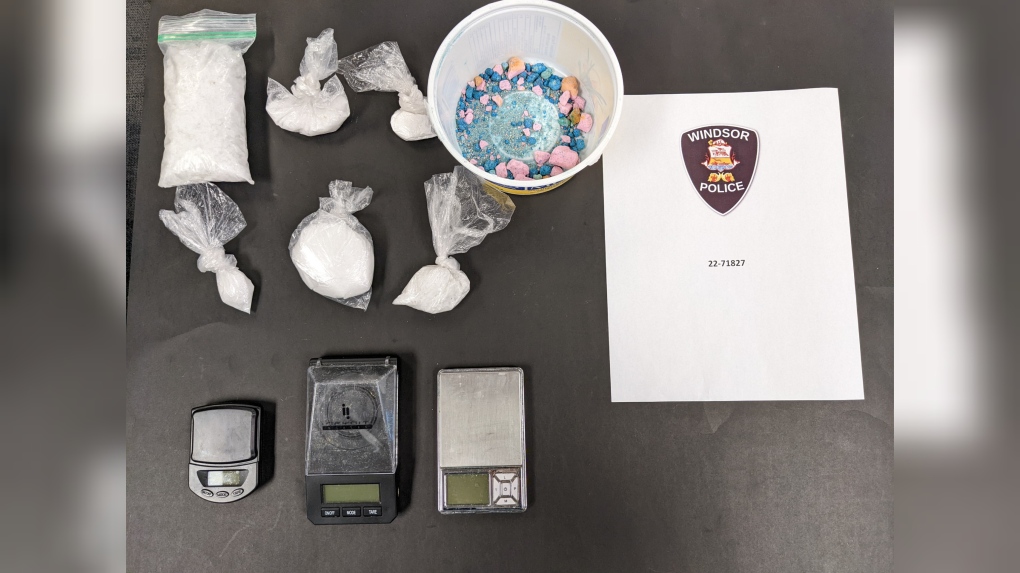 The DIGS Unit (drugs and guns unit) for the Windsor Police Service launched an investigation into the trafficking of illicit drugs in July 2022, leading to a residence and two suspects being spotlighted for potential involvement.

A search warrant was granted for said residence in the 1900 block of College Avenue near Bridge Avenue.

Police said a search warrant was executed Wednesday, resulting in both suspects being found and arrested without incident.

“Also located inside the residence was a quantity of crystal methamphetamine, fentanyl (green, blue, pink, purple, coral), and cocaine,” police said in a statement, adding the drugs’ estimated street value is $54,390.

A 44-year-old man and 45-year-old woman, both from Windsor, have been charged with three counts of possession for the purpose of trafficking.

The male suspect was also charged with failing to comply with a release order.

Newfoundland and Labrador is setting aside $30 million for residents affected by post-tropical storm Fiona.

For those looking to buy an orange shirt ahead of Orange Shirt Day on Sept. 30, Indigenous designers are asking the public to make sure their purchase is actually going towards supporting the cause.

Fifty years to the day after Canada defeated the Soviet Union in the 1972 Summit Series, the Royal Canadian Mint is issuing a special coin commemorating the occasion.

Russia is poised to formally annex areas of Ukraine where it has military control after referendums there reportedly endorsed Moscow's rule.

Cuban officials said they had begun to restore some power Wednesday after Hurricane Ian knocked out electricity to the entire island while devastating some of the country's most important tobacco farms when it hit the island's western tip as a major storm.