The Town of Lakeshore broke ground on a $55 million investment in water treatment, but a “pause” on development will remain in place until 2023.

“We noticed back in 2018 that the plant was receiving more flows,” says McBride. “Council at that time acted quickly to begin the environmental assessment and a year later, we were doing the detailed design and that brings us to where we are today.”

“Our plant was built here in 1977,” says Bain. “The ground we are standing on right now is going to be home to our new, $55 million expansion of our facility.”

Bain says it will increase water treatment capacity by 70 per cent.

More importantly, he says, it will allow the municipality to lift its current pause on development. 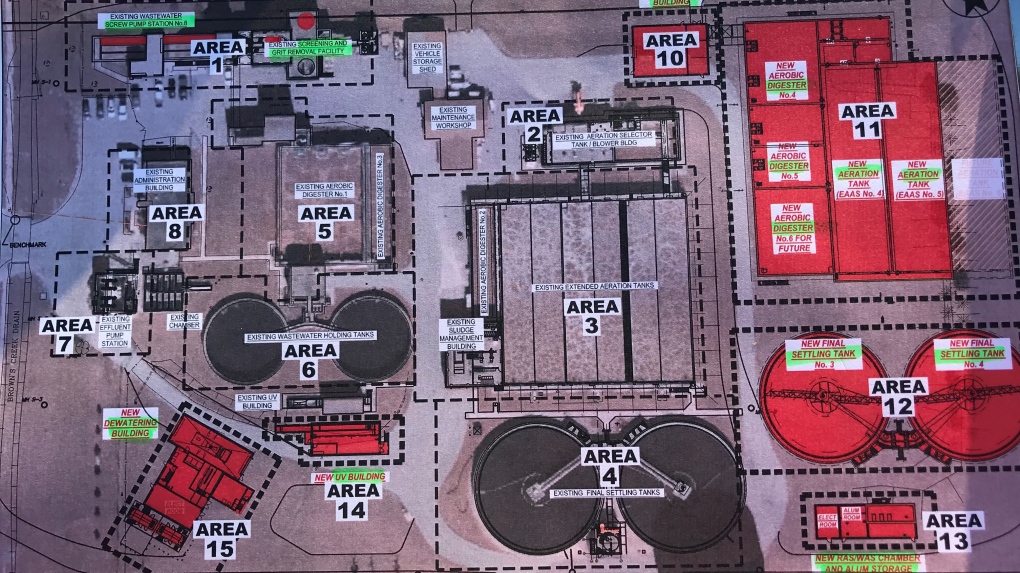 The portions of this map coloured in red indicate the new additions to the water treatment infrastructure at Denis St. Pierre facility in Lakeshore, Ont. (Handout/CTV Windsor)

“We had fears that it could be two, three years before we would get this built and we’re pleased its moving along so fast,” says Bain.

In 2020, Lakeshore placed all development into one of three categories:

Town officials can’t say how much investment the municipality lost because of the pause, but insist they continue to work with developers, to get their paperwork going, so the projects can proceed as soon as the treatment plant is done, sometime in 2023.

“If you were to look at the numbers of lakeshore this year, even with the pause on anything new, we are blowing away the projections that we think we had and we’re still growing (extraordinarily) quickly.” Says McBride. 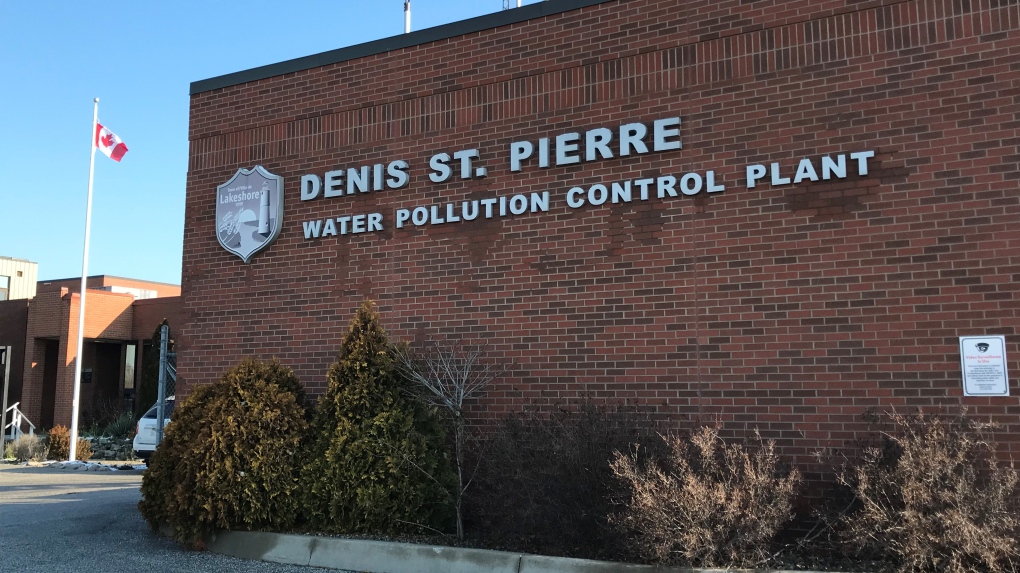 The water treatment plant on Rourke Line is getting a $55-million expansion in Lakeshore, Ont., Tuesday, Nov. 30, 2021. (Michelle Maluske/CTV Windsor)

Mayor Bain says the $55 million expense will be paid for, over time, from development charges.

“Development pays as they build their hotels, their motels, their residential subdivisions, they pay their fair share,” says Bain.

“Growth pays for growth so that this doesn’t come on the back of the existing rate payers,” according to McBride.

Power has been restored in Toronto's downtown core after a widespread outage caused major disruptions in the city Thursday.

An armed man clad in body armour who tried to breach the FBI's Cincinnati office on Thursday was shot and killed by police after he fled the scene and engaged in an hours-long standoff in a rural part of the state, the Ohio State Highway Patrol said.