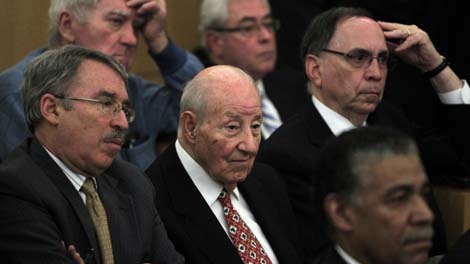 DETROIT (AP) -- Ambassador Bridge owner Manuel "Matty" Moroun has hit another wall in his efforts to stop a competing $2.1-billion span from going up over the Detroit River between Michigan and Canada.

A federal judge in Washington has filed an opinion Wednesday that among other things shoots down Moroun's argument that his Detroit International Bridge Co. has exclusive rights to a span connecting Detroit to Windsor, Ontario.

The Gordie Howe International Bridge is scheduled to open in 2020. It will compete with the 85-year-old Ambassador Bridge.

Canada is paying most of the project's cost. It plans to recoup it with tolls travelling in both directions.

Both governments say the new bridge will create thousands of jobs.