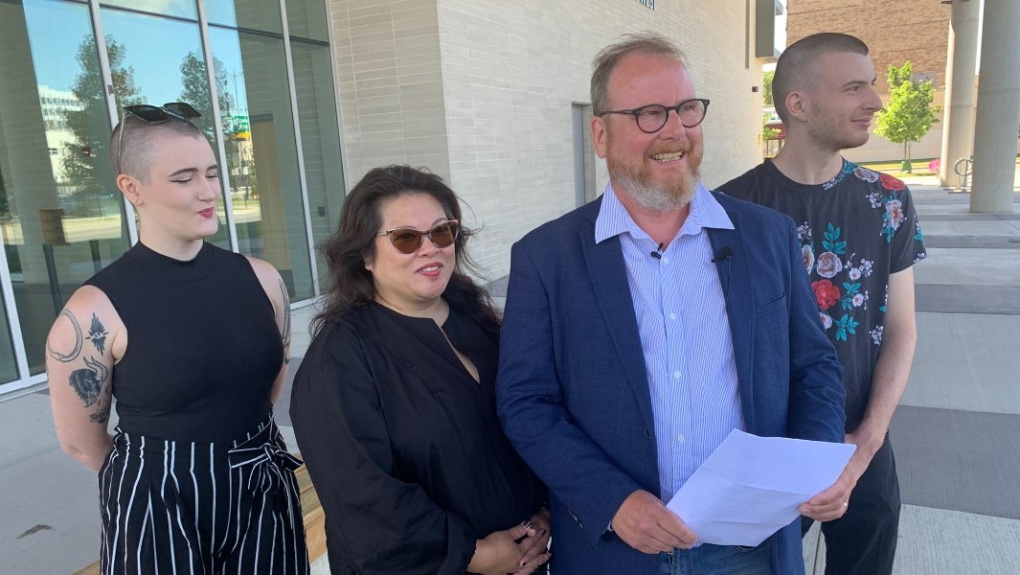 City councillor Chris Holt announced Tuesday he’s launching a campaign to be mayor of Windsor in the upcoming municipal election.

Holt was first elected in 2014 and served two consecutive terms as Windsor City councillor in Ward 4, getting re-elected handily in 2018 with 80 per cent of the vote.

“Throughout my last two terms I have come to the conclusion that the majority of Windsor residents, regardless of what neighbourhood they call home, are looking for a better Windsor,” said Holt. “Clean and safe neighbourhoods, great amenities to enjoy our lives around, efficient and affordable transportation of all kinds. I’m running to be the next Mayor of Windsor to actually build the city we all want and deserve, and to build it together.”

“This is a watershed moment for our community. The decisions we make now will define the community we become over the next 20 to 30 years, with unprecedented investments coming,” Holt said in a release. “It’s time to elect a leader with a complete grasp of how to build a resilient and sustainable city. It’s time to elect a leader that listens to you in building the city you can be proud of.”

“We all deserve high quality services, we deserve a City that engages respectfully and meaningfully with what its residents want for the bright future of Windsor,” said Holt. “It’s time to move beyond adequate. It’s time to include everything into the community-building equation. We don’t have to settle in Windsor any longer.”

Also running for mayor in Windsor is Benjamin Danulyk and Ernie Lamont. Windsor’s sitting mayor, Drew Dilkens, has yet to announce his intentions for the election, slated for Oct. 24, 2022.

"I’ve worked with Councillor Holt on City Council for 8 years and understand the perspective he brings – I just don’t find myself agreeing with him very often.

Being Mayor is about setting strategic priorities, showing leadership and providing direction and focus to build our community. Windsor is on the right track by delivering results on local economic development, job creation and showing great progress in our long-overdue new regional hospital. Mr. Holt’s radical voting record would be too risky and could derail our accomplishments.

I welcome and encourage all candidates as this municipal campaign gets underway. There will be plenty of time for a robust campaign later this year, but for now I’m focused on delivering results for residents and completing this term."

A series of unusual leaks on two natural gas pipelines running from Russia under the Baltic Sea to Germany triggered concerns about possible sabotage Tuesday, overshadowing the inauguration of a long-awaited pipeline in Poland that will bring Norwegian gas to Europe in efforts to bolster energy independence from Moscow.

Here's how much more Thanksgiving dinner will cost Canadians this year

Thanksgiving dinner will come with a hefty price tag for Canadians this year, according to data compiled by Dalhousie University's Agri-Food Analytics Lab.

A NASA spacecraft rammed an asteroid at blistering speed Monday in an unprecedented dress rehearsal for the day a killer rock menaces Earth. The galactic grand slam occurred at a harmless asteroid 11.3 million kilometres away.

World chess champion Magnus Carlsen said on Monday he believed Hans Niemann had "cheated more - and more recently - than he has publicly admitted," adding he no longer wanted to play against the American and any rivals who repeatedly cheated in the past.