How many cicadas can we expect in Windsor-Essex? 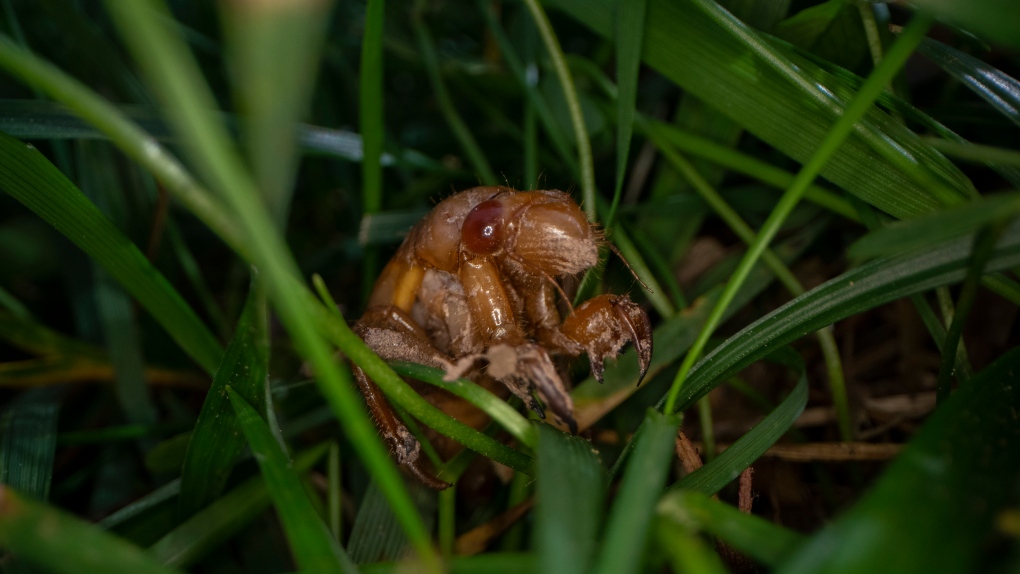 WINDSOR, ONT. -- Trillions of “Brood X” cicadas are set to emerge from a 17-year slumber. But the massive number of hibernating insects may not be as noticeable in Southwestern Ontario.

But you’ll still hear them.

The “Brood X” species of cicada has been underground since 2004 and is expected to reach various areas throughout the U.S. in places like Michigan. They'll be in 15 states from Indiana to Georgia to New York; they're coming out now in mass numbers in Tennessee and North Carolina.

“In our area of Southwestern Ontario, we generally do not see the really huge populations that some areas of the eastern seaboard see,” says St. Clair College landscape horticulture professor Sandy MacDonald.

MacDonald says the Windsor-Essex region mainly sees the “dog day” species of cicada, versus the “periodical” cicada which is in Brood X.

“We never really know how many are down there in the ground ready to emerge, so sometimes we’re surprised by the release and then sometimes it kind of fizzles out and we don’t see as many of the periodic cicadas as we might expect,” he says.

Though MacDonald suggests residents may see some red-eyed black-bodied periodical cicadas emerge before the typical green and black dog day species do.

Researchers say when the entire Brood X emerges, backyards could look like “undulating waves”, and the bug’s mating call sounds similar to a loud lawnmower.

“The high pitch sound of the male is very high decibel,” MacDonald says. “It can certainly affect your hearing if you’re under these trees where there’s quite a number of them as well. You wouldn’t want to really have extended exposure to that sound because it’s very, very loud.”

He notes there are more than 3,000 cicada species throughout the world and that most pose little to no threat to humans or plants.

“As the adults die, they drop to the ground as well and they will actually become fertilizer for that tree,” MacDonald explains. “The insect itself does draw nutrition from the tree, but in the end, especially if they are periodic cicadas that are in large numbers, as they decompose, they provide a nutrition for the trees as well.”