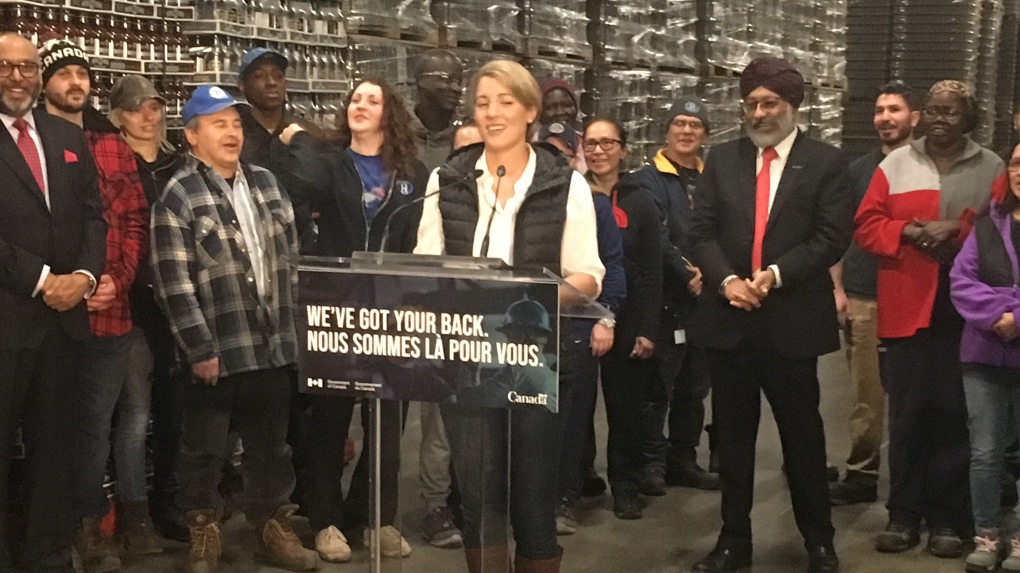 LEAMINGTON, ONT. -- The federal government is giving a boost to a Leamington company that is expanding and creating 170 jobs.

“As the manufacturer of Canada’s leading brands of pasta sauce, salsa, beans, vinegar, infant cereal and many others, Highbury Canco has built a reputation of quality and excellence in our field,” says Sam Diab, president and co-owner of Highbury Canco.

“We are proud of our heritage and the growth that has occurred over the past five years,” says Diab.“With the support of FedDev Ontario, we have added more capabilities, enabling our employment levels to surge to 650 full-time employees.”

Highbury Canco is nearing completion of a $16.8-million expansion at its 2.1-million square-foot facility.

Through this expansion, HCC is one of the first food processors in Canada to use high-speed automated manufacturing technology by installing state-of-the-art equipment for two new packaging and processing lines.

This new equipment has doubled production speed and is reducing waste, water consumption and emissions, improving energy efficiency by 50 per cent.

“This company is strengthening the local supply chain and creating jobs in Leamington, as well as contributing to a healthier environment with adoption of clean technologies and use of recyclable products,” says Joly.